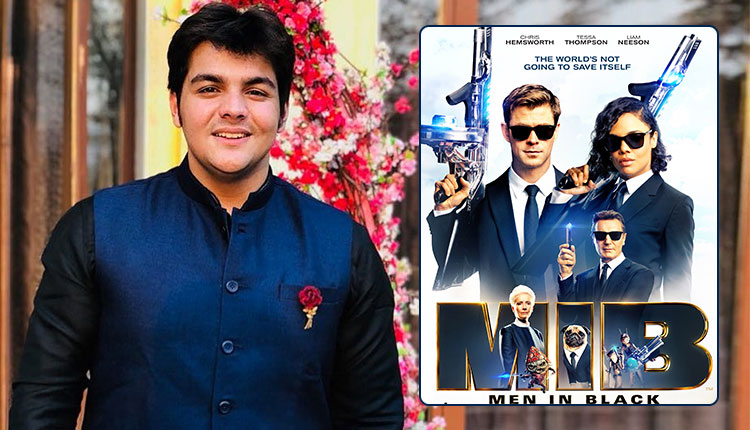 Ashish Chanchalani — Indian YouTube star — who is known for his vines and YouTube videos will have a cameo in Hollywood movie Men In Black. Yes, you must have seen him collaborating with Bollywood stars on his YouTube Channel but this time he will be seen along with Chris Hemsworth and Tessa Thompson in Men in Black. Ashish Chanchalani is among a few YouTubers who have more than 10 million YouTube subscribers.

Prior to his cameo is Men In Black, Ashish Chanchalalni was also spotted at the premiere of Avengers: Endgame. He took to Twitter and informed his fans about his cameo in International movie MIB and urged his followers to watch the film in theatres.

Extremely Happy and Proud to reveal this to you all I AM IN MIB INTERNATIONAL
This is my fun little cameo
Please go and watch this movie in theatres on fri!
And use the Hashtag #AshishInMIB And mention me @SonyPicsIndia #mib #MIBInternational #ChrisHemsworth pic.twitter.com/Rws3Jq09z9

He also shared a special video with Chris Hemsworth that he shot while in Bali.

Confirming the news when he was contacted he told India Forum, “ Yes, it is true that I will be seen making a cameo appearance in the movie. A very viral scene from my video ‘tuition classes aur bacche’ was selected by Sony Pictures to showcase in the movie. They wanted the cameo to be funny and wanted me to look like an alien, and there was no perfect scene than this one.”

We wish him good luck and success for this International project.