With the increasing demand for web series in India, the OTT platform, MX Player has become quite popular in the country. MX Player is a global cross-platform video player which has advanced features such as offline video viewing and subtitle support that makes it stand unique among other video streaming apps. While being on self-isolation mode (in the outbreak of coronavirus), you can watch these interesting web series and kill your time.

‘Aafat’ is a family comedy-drama, based on the life of five beautiful girls with five unusual eccentricities. These ladies face a common problem of getting stereotyped in life. The web series stars Chitrashi Rawat, Pushtiie Shakti, Nikita Dutta, Anshul Chauhan, Neelam Sivia, Sidharth Bhardwaj, Seema Pahwa in the key roles. The story follows a young boy, Ricky Malhotra who looks for a perfect bride and his struggles of dealing with these five ladies. 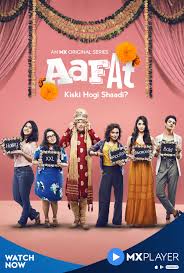 The series is based on the life of a 20-year-old boy, who has a strong social media fan base. But the boy realizes that his popularity is just not enough to tackle his problems in real life. Set in the backdrop of erectile dysfunction, the comedy series takes us to a roller coaster ride. The series stars Rajat Barmecha, Parul Gulati, Sheeba Chaddha, Achint Kaur, Rituraj Singh, Neha Panda Vaishnavi Rao, Ashish Bhatia in the key role. 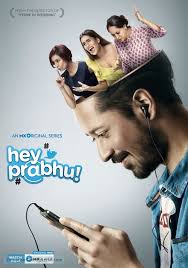 The story of ‘Queen’ follows the hardship of Shakti, who has gone through the several tough phases in her life. The web series is an inspiring tale, which is based on the biography of Tamilnadu State, former CM late J Jayalalithaa. It stars Ramya Krishnan, Indrajith Sukumaran, Anjana Jayaprakash, Anikha Surendran, Vamsi Krishna, Viji Chandrasekhar, Charmila, Lilette Dubey in the key roles. 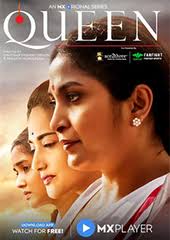 The plot of the web series is set in the backdrop of the dream city, Mumbai. And the story follows a group of singles featuring their struggles of being the millennials and how they struggle to meet their dreams. The light-hearted comedy series is about youngsters and it will definitely touches the youngsters. It stars RJ, Harman, Riyaz, Appu, Mickey, and Rapchik. All of them are staying in RJ’s unfurnished apartment for free. 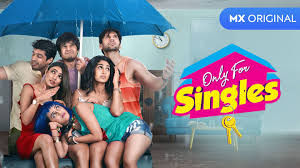 ‘Aani Kay Hava’ is a Marathi web series that has managed to garner good reviews. The story of the web series follows the sweet love story of a newlywed couple and their daily life hurdles. The series star Priya Bapat and Umesh Kamat in the key roles. 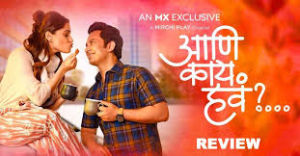 ‘Lol (Lots Of Love)’ is a comedy web series, which revolves around the life story of four neighbours who are totally different from each other. The web series stars Arvind Krishna, Srushti Dange, Ishaara Nair, Nishanthi, Ram, Prashant, Sudheer, Priya Lal in key roles. 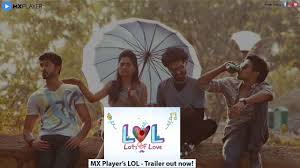 The comedy web series, ‘InMate’ follows the lives of five friends, who share a single flat. The web series features several critical situations where these housemates help each other. It stars Raghav Raj Kakkar, Ashish Verma, Mukti Mohan and Kashyap Kapoor in the key role. 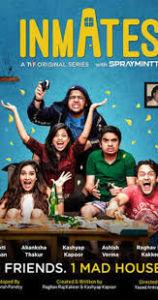 The corporate web series, ‘Thinkistan’ is set in the backdrop of Mumbai and its corporate life during the ’90. The series features the workers of an advertising agency, which goes through a series of struggles. Its stars Mandira Bedi, Naveen Kasturi, Shravan Reddy, Satyadeep Misra in the key roles. 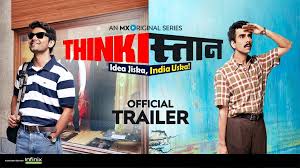 The story of ‘The Insiders’ revolves around a Saturday night club, which is founded by three close friends-Shiv, Aneesh and Rabbi. The series showcases the lives of a bunch of millennials, their aims and their self-proclaimed Saturday night club. 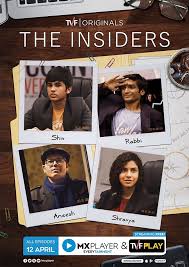 The Karan Wahi starrer, ‘Love Ok Please’ is a dating experiment web series. The show features 8 contestants(4 Girls and 4 Boys), how come together to find true love. Karan was is the host of the show and he takes these contestants to the bunch of places and gives them tasks.