Bigg Boss 13 Spoilers: No Eliminations to take place this weekend 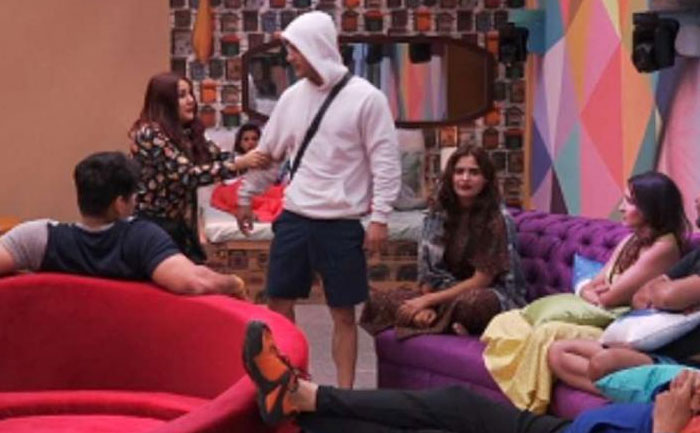 The controversial reality show Bigg Boss 13 completes its first week this weekend and the show has already witnessed a lot of drama, fights, controversies, and fun.

As we saw, there was a task given by Bigg Boss where all the contestants were told to gather in the garden area and Siddharth Dey and Asim Riaz were not allowed to participate as Ameesha Patel had given them black hearts.

And as per the task, the ladies were supposed to give their hearts to either Paras Chhabra, Abu Malik or Siddharth Shukla. Rashami Desai, Koena Mitra, Mahira Sharma, Shefali Bagga, and Dalljiet Kaur gave their hearts to Paras while Devoleena Bhattacharjee and Aarti Singh gave it Siddharth and Shehnaaz Gill to Abu.

Later, there was a major twist that happened where the male contestants were asked to keep one heart and break others. Sidharth chose Aarti while broke Devoleena’s and led to her nomination. Paras kept Mahira’s heart while Abu did not have to choose as he didn’t receive more than one heart.

However, as per the latest rumours, there will no eliminations this weekend at Bigg Boss 13. According to Pinkvilla’s exclusive report, by the end of the fourth week, six contestants will get eliminated and one contestant will get the ticket to the finale and there will be new contestants such as Viraf Patel, Rahil Azam, and Anuj Saxena in BB13.