Federer asked his followers which Bollywood classic they could suggest him for his in-flight entertainment. 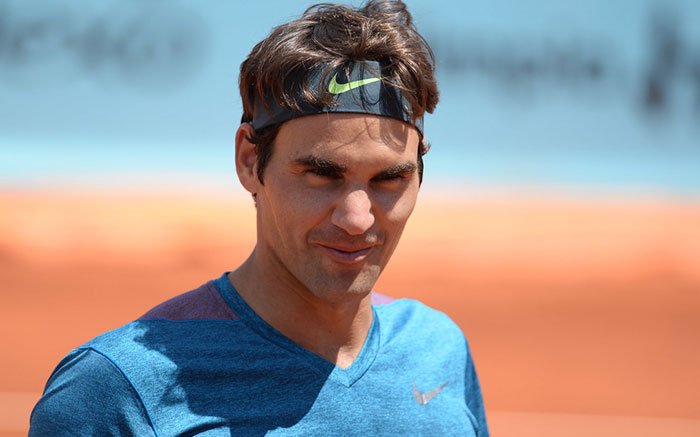 Tennis star Roger Federer asked his followers for film suggestions as he was flying all the way to Shanghai. His followers gave him some serious Hollywood movies suggestions. Suddenly, in the next thread the tennis superstar asked for a Bollywood classic suggestion and his Indian followers became overjoyed.

All this happened on twitter. He wrote on twitter, ‘A Bollywood classic maybe?’ Once he asked for recommendation of Bollywood films, his fans started giving him serious suggestions, while others had some light fun.

Soon Twitterati followed giving them their countless suggestions. One said, “Watch DDLJ. Greatest movie ever made in Bollywood”, while other gave movies list saying, “3 idiots, Dangal, Rang de basanti says hi to you.” 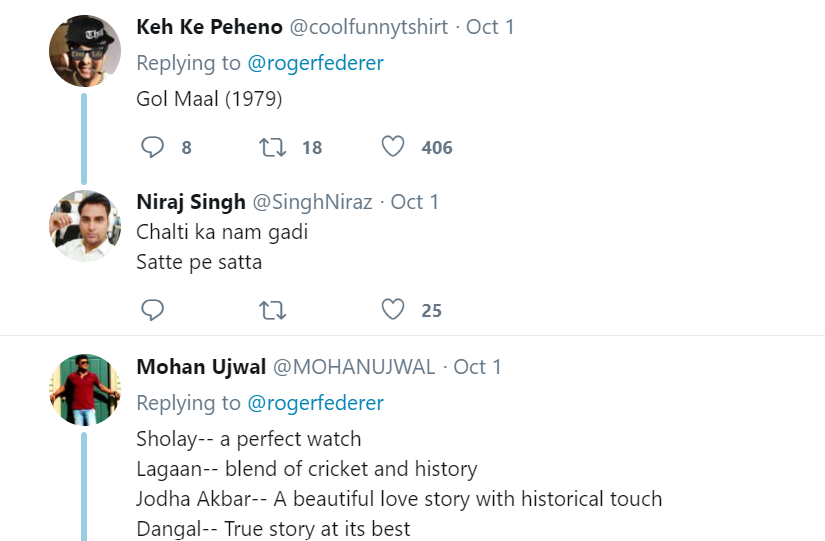 Others suggested for exactly the classic movies Roger Federer was looking for. One recommended, “Sholay- a perfect watch, Lagaan- blend of cricket and history, Jodha Akbar- A beautiful love story with historical touch, Dangal- True story at its best.”

His profile was over-flooded with Bollywood classic to cult films and more. There were also other who made fun asking him to watch Salman Khan’s film as his doppelgänger Arbaaz Khan was also in it. One person wrote making light banter of it saying, “Watch the movie you acted in…Hello Brother.” Another wrote, “Your debut bollywood movie.”

However, eventually Federer selected Pokemon: Detective Pikachu for his movie time in the flight. The film is an animated movie and was a hit in the box office. Ryan Reynolds starred as a talking Pikachu for the live-action based film.