Superstar Salman Khan is riding high with the success of his last release ‘Bharat’. The Ali Abbas Zafar directorial that also featured Katrina Kaif went on to mint at the box-office. The Bajrangi Bhaijaan is at present busy with the shoot of ‘Dabangg 3’. He will also be hosting the new season of Bigg Boss 13 and has shot 4 promos in between shooting for his next.

Salman Khan is currently shooting for Dabangg 3 in Jaipur but the dedicated star shot for promos of Bigg Boss 13 before he left. Salman shot for the promos of the controversial reality show and had even shared BTS photo on his Instagram story stating, “BB13 promo shoot” 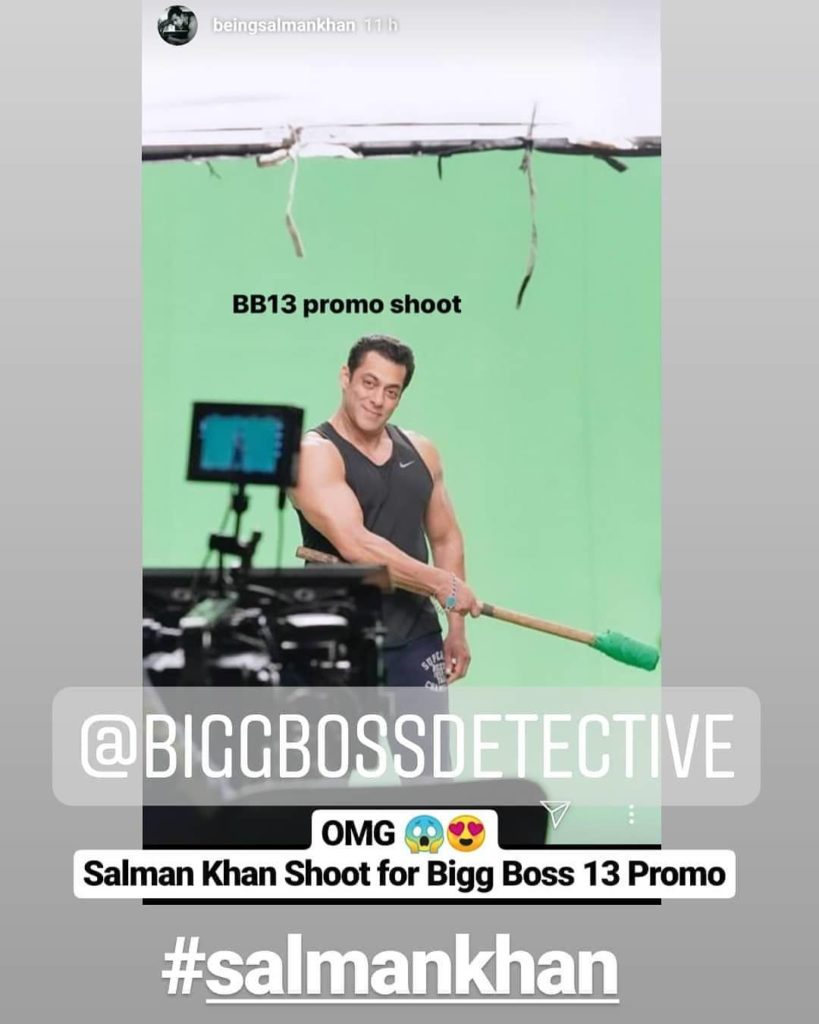 As reported by a source to Mumbai Mirror, “Salman will be seen playing the role of a station master in Bigg Boss 13 promo. He is seen seated in a cabin, shaking from the tremors of trains passing by. The actor is dressed as a station master, as he explains the concept of the new season, stressing on the fact that it will move at a faster pace, and adding his own quirky take to the proceedings.”

Talking about the upcoming season, the source said, “There are several reasons for the change in the setting, the prime one being to lock celebrities in their own city but without any connections with the outside world.”

Unlike earlier seasons, Bigg Boss 13 house is situated in Mumbai and not Lonavala. This time there will be no commoners in the house and only celebrities from different fields.