Rubina Dilaik emerged as the official winner for 'Bigg Boss 14.' She takes home the winners trophy after Salman Khan officially handover her the trophy 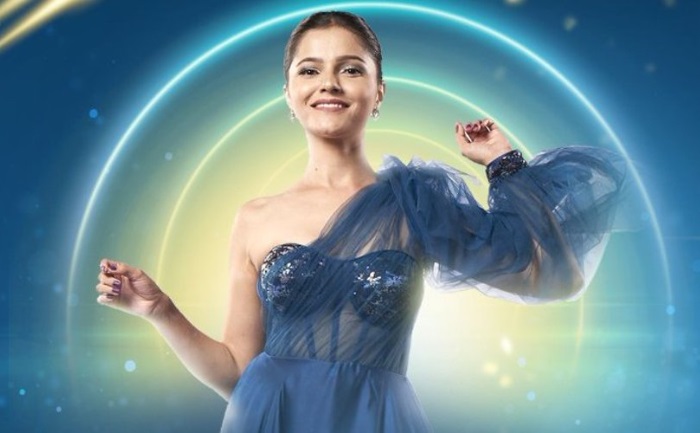 We the team of The Live Mirror congratulate Rubina Dilaik for making a big win in Bigg Boss season 14. Host Salman Khan has officially announced the winner’s name while fans were excitedly waiting for it. The second runner-up is none other than Rahul Vaidya. Grand finales format saw a bit of change this year owing to the pandemic, but the excitement was the same. Rubina takes home the winner’s trophy after competing with finalists- Rahul Vaidya, Aly Goni, and Rakhi Sawant.

Although Rubina Dilaik had a low-key phase when he entered Bigg Boss season 14 house, she has managed to emerge as one of the strongest contestants throughout the episodes. Her biggest support in the BB house was hubby, Abhinav Shukla and both of them have showcased a  strong game. A lot of celebs from the TV-town have had already expressed their desire to see Rubina as the winner including Hina Khan, Prince Narula, Mahhi Vij. Her fans just can’t contain their happiness as she finally takes home the winner’s trophy. Alongside this trophy, Rubina will also take home the winning cash worth Rs 50 lakh.

Talking about Rubina’s influential journey inside the BB house, she already has a massive fan following on social media after doing popular shows such as Chotti Bahu and Shakti: Astitva Ke Ehsaas Ki. Ever she entered the BB house her fans were constantly supporting her with the votes. Hina and Gauahar Khan during their stay inside BB house as Tufani seniors had also talked about Rubina’s persona which defines the qualities of a perfect winner.

Rubina’s game become more stronger in the BB house after her husband, Abhinav Shukla entered. They have been through tough times and however, they maintained to be a strong couple every time they had a step back.  Here’s wishing the actress heartily congratulations on her success in the show. One of the main reasons why she emerged as the winner is her fair play attitude, she was sharp with her strategies, and most of the time she made sure to be on the right side of the stories. What defines a true winner is their capabilities of coming out of challenges and that’s what Rubina showcased after been through turmoil-like situations. She broke down on several instances, however, she picked herself again and stood strong every time she had a step back.

Here’s sending her heartily congratulations for making a big win with an impressive performance.