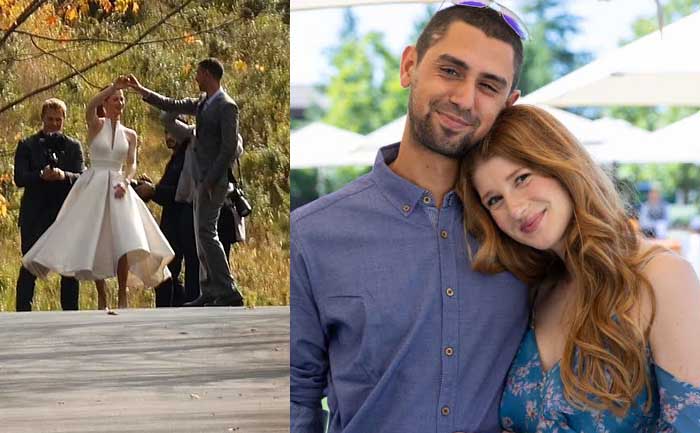 Bill Gates and Melinda Gates daughter Jennifer Gates ties the knot with beau Nayel Nassar on Friday. The mega-billionaire and his wife walked their eldest daughter down the aisle. The secret Muslim wedding was held in the backyard of the Gates 142 acre property in North Salem.

After the secret ceremony, the Microsoft heiress and her fiance’ Egyptian equestrian Nayel Nassar tied the knot again in a civil ceremony on Saturday. According to Fox Business, Jennifer was also photographed posing with bridesmaids in her wedding gown on Saturday.

The 25-year-old bride glowed in the dropped waist Vera Wang dress with a lace top, long sleeves and a full tulle skirt. She was surrounded by nine attendants who wore dark green gowns with halter necks. One of the bridesmaids held up the end of Gates’ long veil as they posed for photos among the autumn leaves.

Jennifer and Nayel exchanged vows in front of 300 guests. Guests were treated to a lavish cocktail hour in a specially constructed ‘botanical garden’ at Jennifer’s Westchester County, New York estate. Coldplay was reported to be the evenings’ entertainment at the reception, along with folk musician Harry Hudson.

Jennifer Gates is the eldest child of Bill Gates with his ex-wife Melinda. The pair also have a 22-year-old son Rory John and a 19-year-old daughter Phoebe Adele. Jennifer and Nayel have been together since January 2017. Both are accomplished equestrians and horse-lovers. They’re both also Stanford University alums. Nayel had popped the question in January 2020.