From Salman Khan to Alia Bhatt, check out the magnificent houses owned by Bollywood stars

Have a look at the luxury homes owned by Bollywood’s celebrities. Bollywood celebrities surely know how to live their lives like a King. A home is a special place for everyone and it is not built with a roof and four walls. Home is basically your comfort zone and your happy place to come after your hectic schedule at work. Our Hindi film actors surely know how to live it up in every sense. Their homes are as magnificent as they are. Almost the entire Bollywood clan lives in Mumbai. In this article, we will be talking about Bollywood celebrities and their fabulous homes that you might not have seen yet. Aamir Khan and his wife Kiran Rao and son Azad, live at “Freeda Apartments”, which is off Carter Road in Bandra. Aamir Khan has a spacious 5,000 sq ft house. The property covers two floors and faces the sea, making for an amazing view.

On the work front, Aamir will next be seen in ‘Lal Singh Chadda’ and also in an adaptation of the 1994 Hollywood classic, ‘Forrest Gump’. Alia Bhat owns a house in Juhu and paid a staggering amount of Rs 13.11 crore for it. The Raazi actress currently lives with her elder sister Shaheen Bhatt. The actress gave us a peek with a tour of her house on her YouTube channel.

Check out the vlog here: 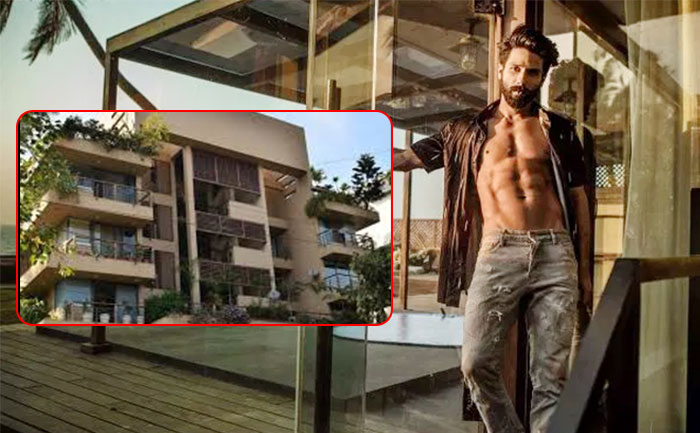 Shahid Kapoor and Mira Rajput live in a new sea-facing duplex apartment in Mumbai’s Worli. The duplex is spread over the 42nd and 43rd floors of Tower B of the upscale Three Sixty West, which has luxury residences managed by The Ritz-Carlton. Saif Ali Khan and wife Kareena Kapoor reside in Fortune Heights in Bandra. Saif also has an office on the second floor of the building. Saif also owns Ibrahim Kothi (Pataudi Palace in Gujarat) and several other properties in Bhopal. Sonakshi Sinha lives in an enviable apartment in Juhu, named Ramayana with her parents. On the work front, Sonakshi Sinha will be seen in Dabangg 3 which will release in 2020. Deepika Padukone lives at “Beau Monde” in Prabhadevi.  It is located on the 26th floor of Beaumonde Towers and is designed by Vinita Chaitanya.“Deepika’s house is more like a sari, modern yet traditional,” says her interior designer Vinita Chaitanya.

On the work front, Deepika will be seen in Meghna Gulzar’s Chhapaak and will play Kapil Dev’s wife Romi in 83. Salman Khan and his parents live in “Galaxy Apartments”. This building is located at the start of Bandstand at Bandra. A lavish apartment where he stays with his family. John Abraham’s penthouse is called Villa In The Sky. The house overlooks the Arabian Sea and is on the 17th and 18th floor. It is designed by his father and brother. Akshay Kumar resides in the building called “Prime Beach” in Juhu Mumbai which faces the sea and is just as gorgeous from the inside.  He lives there with his wife, kids, mother and sister.