Bollywood Celebs who weren’t successful even after a grand debut

Bollywood is a showbiz business. Aspirants come to the city with the dream of making it big in the business. Some dreams are fulfilled and some are not. Some take time to establish themselves while some are lost into the oblivion after one movie. There are many who had a great debut but lost their charm soon after it.

Keep scrolling down to know them all He was appreciated for his performance in Jaane Tu Ya Jaane Na (2008), but he had to break all the ties with the industry due to his addiction problem. 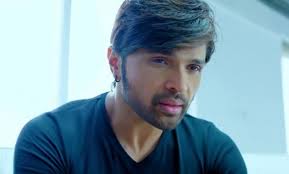 He was already a hit singer in the industry and then he tried acting. The songs of his film debut movie Aap Ka Surror, (2007) were chartbusters but his acting was not appreciated. He did try some acting roles but didn’t get appreciation. The way she was proposed by Emraan Hashmi in the Jannat (2008) song made us all go aww. Later she was seen in small roles but after that, she faded away. He was lucky enough to get launched by Salman Khan. His debut movie was Hero (2015) but the movie tanked. He wasn’t seen in a movie thereafter. She tried her luck in Bollywood with Tere Naam (2003) directed by Satish Kaushik opposite Bollywood superstar, Salman Khan. The movie was a huge hit. However, her other movies failed to garner as much attention as her debut movie. Most of you might remember her from Salman Khan’s film Lucky: No Time for Love (2005). She was known as the Aishwarya Rai lookalike, but even after working with him she couldn’t go far off and thus slip into darkness. His made his debut in the Kareena Kapoor Khan and Shahid Kapoor starrer 36 China Town. It made him earn a lot of respect and was also felicitated as well but even after this, he couldn’t do well. She was the crush of the 90’s boys. Her beauty spellbound the people but even after being loved so much in Mohabattein (2000) she chose not to act.