Here's a list of Hindi romantic songs released in January 2020. 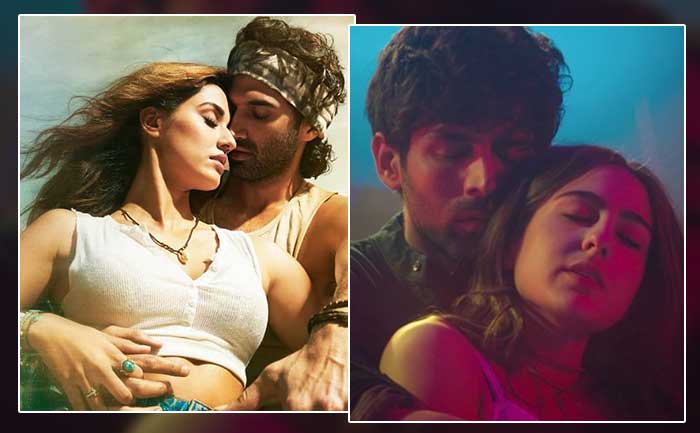 Who does not want to listen to romantic songs and especially when it is sung by Arijit Singh? Yes, it is Arijit Singh in India, who popularly known for lending his soulful voice to heartbreak and romantic Hindi songs.

There are several Bollywood movies getting released in a month and we have already witnessed various as of January 27, 2020. Every Hindi movie has some melodious and amazing music. As of January 27, we have been blessed with multiple romantic songs which are sung by Arijit Singh and other singers.

List of Bollywood romantic songs that released in January 2020

All Hindi romantic songs we have mentioned below should every love birds listen to. Yes, The Live Mirror has curated a list of Latest Love Songs 2020 playlist to add perfect music to your beautiful time. The Love Songs 2020 Playlist will have songs only released in 2020 but all of them are beautifully written lyrics, mindblowing vocals and calming music that you won’t stop humming them for a few hours.

We all know how important role romantic songs play in our daily life. The Love Songs we have brought you here are composed with such perfection that will surely help in calming your minds and give you tranquillity that is irresistible.

The song not only highlights the romantic relationship between Veer and Zoe but also about Veer and actor Arushi Sharma’s character. This romantic track was dropped on January 22, and it has already garnered over 33 million views on YouTube.

The lyrics of Shayad song is written by Irshaad Kamli.

The Humraah song is from Disha Patani and Aditya Roy Kapur starrer Malang, which is scheduled to release on February 7, 2020. Sung by Sachet Tandon, Humraah will surely leave you stunned. It begins with Aditya Roy Kapoor’s character saying that he is scared of heights. His girlfriend in the film, Disha Patani, helps him face his fear.

The song released on January 23, 2020, and already garnered over 18 million views till now.

The lyrics of Humraah is written by Kunaal Vermaa.

This is a title track of Aditya Roy Kapur and Disha Patani’s film Malang. This beautiful song is sung by Ved Sharma. The song showcases Aditya Roy Kapur meets Disha Patani at a music festival and both fall in love with each other. The song was launched on January 15, 2020, and it has already received almost 30 million views on YouTube.

The lyrics of Malang song is written by Kunaal Vermaa and Haarsh Limbachiyaa.

These are some romantic tracks that released in January 2020.