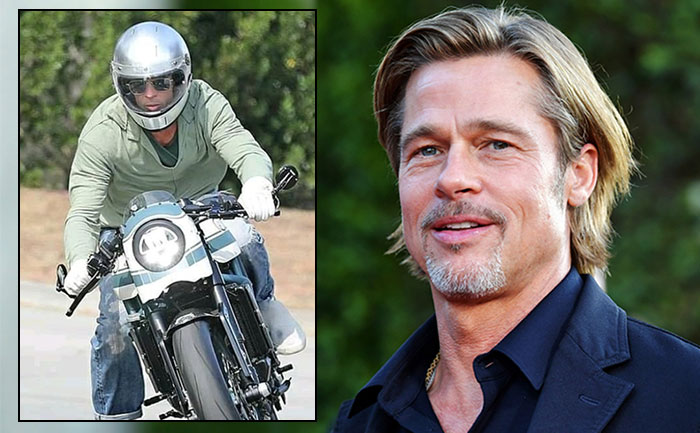 Hollywood superstar, Brad Pitt was apparently spotted taking a quick exit from the ex-wife, Angelina Jolie. The actor was spotted motorcycling as he visits her at her residence. Apparently, this is the first time that the actor spotted at her residence after their split up.

Dressed up beautifully in an olive green T-shirt pairing it up with denim pants, silver helmet, the actor looked eye-grabbing. A source told ET, Pitt and Jolie have no plans to reconcile but are dedicated to their six kids. They are finally ready to co-parent together and raise their children. Pitt lives not more than ten minutes away from where Jolie stays with their kids. Here, take a look at his pictures right below:

The ex-flames dated for nearly seven years before getting married in the year 2014. Soon, they broke million hearts with their divorce two years later citing irreconcilable differences. The actress in her interviews opened up stating that the decision was for the well being of her family. And the six of her kids are brave and strong young people.