South Korean band boy, BTS members are all geared to ring in their 7th debut anniversary on June 14. The members have already started treating their fans with some interesting pictures and videos, as FESTA 2020 started off from June 1st. The pop singers surely look eye-grabbing in the viral pictures, however, their fans spot some hilarious as well as surprising things in FESTA group portraits. Take a look at the pictures and notice what caught our attention:

RM is the only member of the group to have always confessed that he is the ‘god of destruction’. He has always been vocal about his habit of damaging objects very often. In the group picture below, he was seen wearing a damaged shoes. We are not sure if he wore it for a purpose or by mistake. 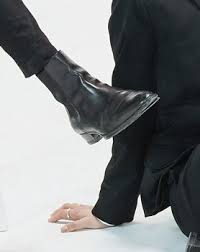 The picture went viral on the internet when fans noticed that Jin didn’t get the place to sit properly and he struck faking as he is sitting on the table alongside other members.

Jungkook looks unique with his quirky hairstyle. Netizens speculate that they have something in store to be unveiled soon during the FESTA.