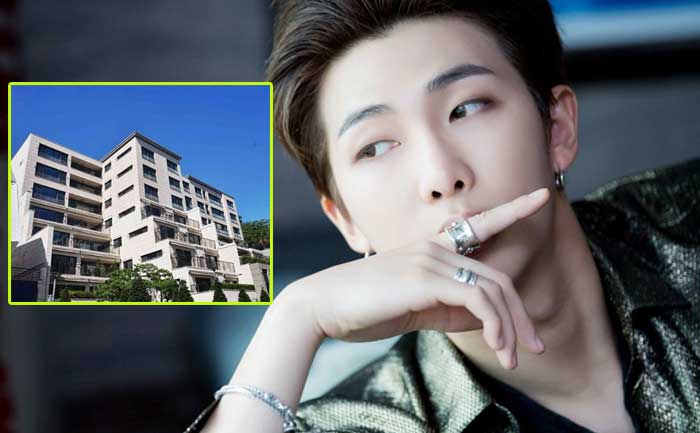 The Bangtan Boys (BTS) member Kim Namjoon is popularly known as RM. The 25-year RM is a rapper, songwriter and record producer. RM, who released his first solo mixtape in 2015, is the lead of South Korean boy band BTS.

The BTS leader RM has been in the news for purchasing a luxurious apartment in Hannam The Hill, Seoul. According to a report in AllKpop, BTS member RM has bought a 4.9 Billion KRW ($4 million) dollar apartment in the luxurious Hannam the Hill located in Hannam-dong, Seoul.

The luxurious apartment that RM has bought is located in a picturesque location and known for its excellent environment, including community facilities, fitness centres, a swimming pool, sauna, screen golf, cafe, reading room, and guest house. The report also stated that it is not easy to buy property there.

Also Read | RM Revealed The Members Of BTS Cried During The Making Of Map Of The Soul: 7

As per the Real Estate Register, the size of RM’s apartment is 284.2 square meters (85 pyeong/3060 square feet). What caught everyone’s attention is BTS leader RM has purchased $4 million property without taking any loan.

Days after their album Map Of The Soul: 7, RM had a live session on VLIVE for BTS Army. In his live stream, BTS member RM made numerous revelations about their recently released album and how he truly felt and how each and every member of the Bangtan Boys were frustrated while promoting the album.

In his live stream, RM revealed that he had no energy left while promoting Map of The Soul: 7 Album becuase he was not able to have direct interaction with his fans.