TS member RM has made numerous revelations about their recently released album and how he truly felt and how each and every member of the Bangtan Boys were frustrated while promoting the album. 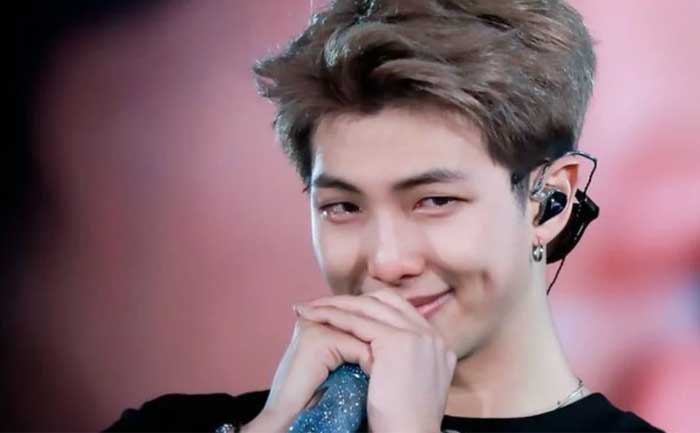 Days after their album Map Of The Soul: 7, BTS leader RM has conducted a live session on VLIVE for BTS Army. In his live stream, BTS member RM has made numerous revelations about their recently released album and how he truly felt and how each and every member of the Bangtan Boys were frustrated while promoting the album.

In his live stream, RM revealed that he had no energy left while promoting Map of The Soul: 7 Album becuase he was not able to have direct interaction with his fans. BTS’s RM has talked about how hard time he had because they had prepared for a long time for this comeback.

Sharing how much anger and frustration they had for not showing their performance to ARMYs, BTS leader RM quoted as saying to Koreaboo.com,

“My frustration and anger comes up to my neck suddenly like some crazy person. I get choked up and scream by myself because of how angry and unfair everything is. That’s how it is. I’m upset. There’s nothing we can do even though we’re upset. But. But. We have to make sure this album remains. All the hard work, time, efforts, and performances that we did for this album need to remain and stay here. This is so that all our efforts won’t be for nothing. It’s also so that all your support and love will have meaning as well. When I think of all these things all this anger builds up in me. For me, this is what I think. At least we get to do music show broadcasts. We can use the help of media to share our stories since we can’t meet offline right now. Things like that. But still we have to keep going. What can we do. We have to keep going and for our Korean fans; if you wait a bit I think good news will come your way.”

It is to be noted that it took 10 days of debate whether or not he would do a live stream for ARMYs. Finally, RM had a live stream becuase the Coronavirus scare did not allow them to meet their fans personally.

Revealing the reason behind continuing music, BTS member RM said that he will continue to do music becuase it helps someone’s life. “The saddest thing is a book that is unread,” he concluded.