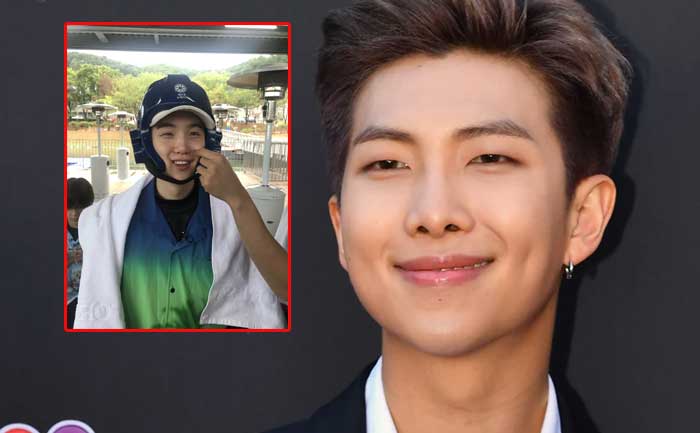 Yes, BTS’s RM took to Twitter and posted multiple pictures of the birthday boy Suga. In the first picture, Suga is seen donning a tight headgear pushing his cheeks up. One of the BTS members, who is not visible in the picture, seen pulling his cheeks while Suga all smiles for the pose.

In another picture, Yoongi can be seen seated outside a “Genuis Lab” door. In the third picture, the handsome hunk is clicking a slefie and flaunting his double chin. The last and fourth picture revealed that Suga learned vocal lessons from Singer Kim Yeonwoo.

Coming back to BTS leader RM, he had recently shared pictures wearing a mask to keep himself protected from the deadly virus Coronavirus. In the caption, RM informed his fans that he has opted to ride a bike while going for work.

Millions of followers were surprised to see the global sensation taking a bike to go work. Sharing the pictures on Twitter, BTS’ RM wrote, “On my way to Yeuido for work ??.”