A fan on Twitter claimed that the meaning of Jungkook's flower tattoo is "please love me." 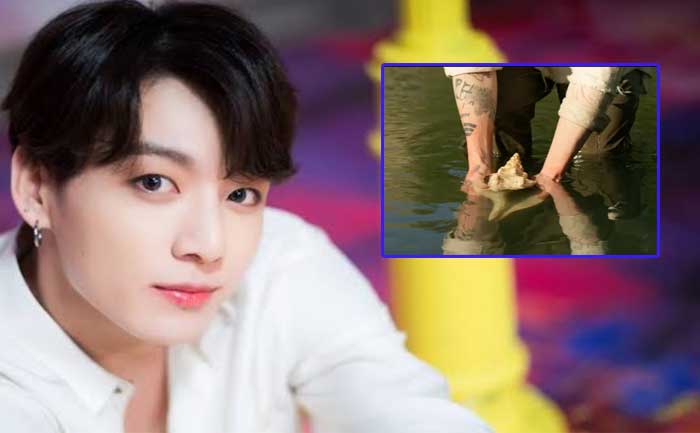 If you are an ardent follower of K-pop band BTS, you must have known that almost all BTS members have a tattoo but do you know that what possible reason behind their tattoos. BTS Army have recently got a glimpse of BTS member Jungkook’s new tattoo on their ‘ON’ music video and they are curious to know the meaning of it.

In one scene of their ‘ON’ music video released on February 27, 2020, fans of BTS have gotten a clear picture of Jungkook’s latest tattoo which sparks a lot of theories about its symbolism. If you are one of those BTS fans curious to know what Jungkook’s flower tattoo means, you will have your answer here.

We all know Jungkook has a theory behind his all tats and now we have gotten out hands on the theory behind his flower tattoo. The tattoo of a large flower with writing underneath it is seen on Jungkook’s right forearm as he’s reaching for the conch shell in the lake half-way through the video.

So jungkook's tattoo is his birth month flower, tiger flower which has the meaning of love, affection, unrequired love and mortality

the flower language says it means "please love me"

yes jungkook i love you ? pic.twitter.com/UyYX4oyv3f

There are thousands of Jungkook fans appear to be happy with the theory and many have pointed out it looked like also drew a tiger flower on his mask that was displayed in BTS’ 24/7=Serendipity exhibition in 2019.

Apart from the flower, Jungkook also appears to have three black stripes, a skeleton hand, and the phrases “rather be dead than cool” and “make hay while the sun shines” on his right arm. Based on what fans have seen, they think Jungkook has already inked 14 tattoos as of now.

As of now, the exact meaning of Jungkook’s flower tattoo is yet to be revealed by the BTS member.