Chhath 2019 : Know The Date Of Chhath Puja And Its Rituals and Significance... 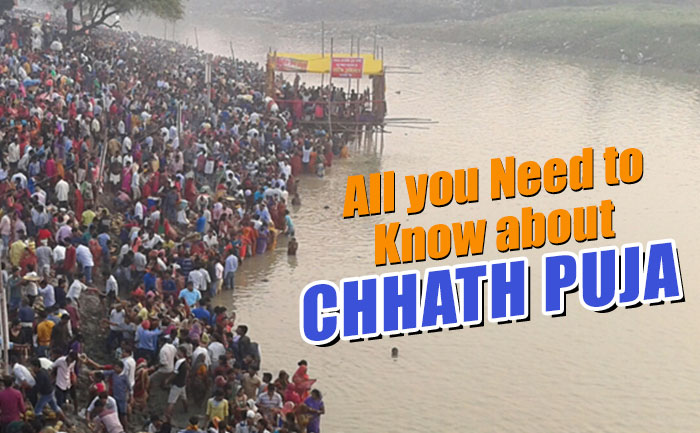 Festivals in India are eagerly awaited upon by the people. Each state has its own diverse festival and one of the most famous is the Chhath Pooja. Chhath Puja is unique to the states of Bihar, Jharkhand, Eastern Uttar Pradesh and the country of Nepal. Traditionally, this festival is celebrated twice a year, once in the summers it is known as the Chaiti Chhath. This is celebrated a few days after Holi. The Karthik Chhath is celebrated during the month of October or November and it is performed on Kartika Shukla Shashti which is the sixth day of the month of Karthika according to the Hindu Calendar. Commemorated on the 6th Day after Diwali, another major Hindu festival. This year it falls on October 31 to November 3 2019.

Here is all you need to know about the popular festival of Bihar & Jharkhand: 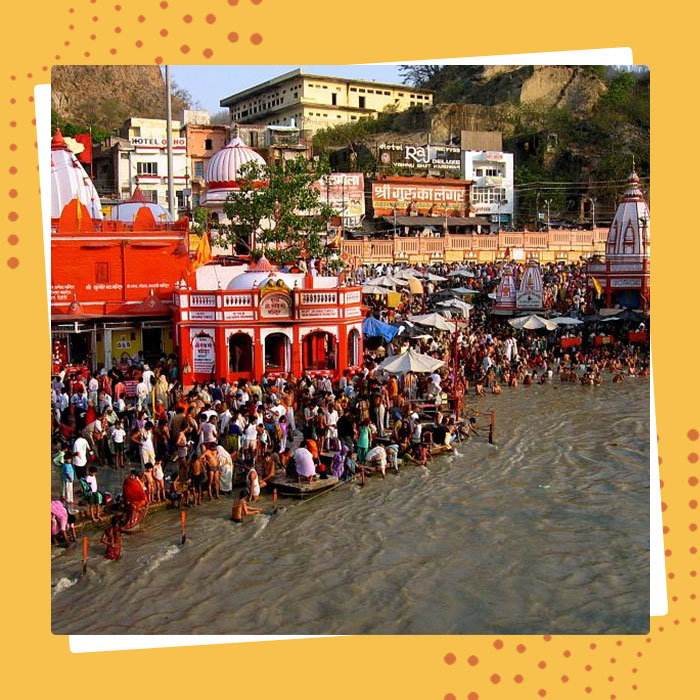 What is Chhath Puja?

An ancient Hindu Vedic festival that is dedicated to the Sun God, the source of all powers and Chhathi Maiya (another name for Goddess Usha from the Vedic period). The god of light, energy and life force is worshipped in order to promote well being, development and the prosperity of human beings. Through this festival, people aim towards thanking the Sun God for a period of four days. The devotees who observe the fast during this festival are called Vrati.

Why is the festival named ‘Chhath’?

The meaning of the word Chhath is six in Nepali or Hindi Language and as this festival is celebrated on the sixth day of the month of Karthika, the festival is named the same.

Where it is celebrated? 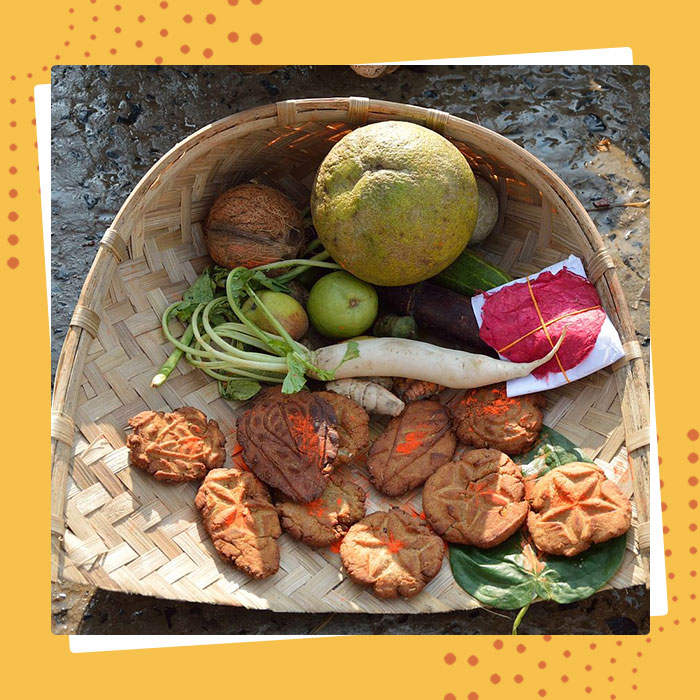 Even though Chhath Puja is celebrated will full zeal all over India, the celebrations in the state of Bihar, Jharkhand and Uttar Pradesh are unmatchable. Even in the states of Madhya Pradesh, Gujarat, Chandigarh, Chhattisgarh, Mumbai and Goa, Chhath festival is celebrated with equal dedication.

Why is Chhath Puja celebrated? 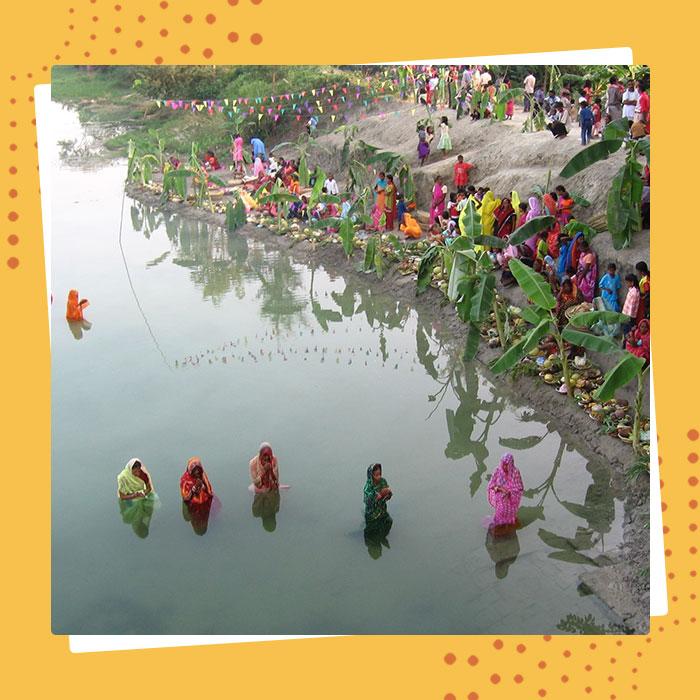 3. Some religious ascetics also believe that the rituals of Chhath Puja were performed by Lord Rama and Goddess Sita when they returned to Ayodhya after a 14 years long exile and the battle with Ravana. It is believed that as lord Rama was descendent of Surya God i.e. he was a Suryavanshi, he along with Sita observed the fast, breaking it on dawn the next day; a custom which gradually evolved into Chhath puja.

The Rituals of Chhath Puja:

Chhathi Maiya, commonly known as Usha is the goddess worshipped in this Puja. The Chhath festival involves several rituals, which are considerably harsher as compared to other Hindu festivals. These usually involve taking dips in rivers or water bodies, strict fasting (one can’t even drink water in the entire process of fasting), standing and offering prayers in water, facing the sun for long periods and also offering prasad to the sun at sunrise and sunset.

On the first day of the Puja, the devotees have to take a dip in the holy river and cook a proper meal for themselves. Kaddu Bhaat along with Channa dal is a common preparation on this day and it is cooked by using mud or bronze utensils and mango wood over a mud stove. The ladies observing the fast can allow themselves only one meal on this day.

On the second day, the devotees are to observe a fast for the entire day, which they can break just a while after sunset. The Parvaitins cook the whole Prasad on their own which include kheer and chapattis and they break their fast with this Prasad, after which they have to fast without water for 36 hours. 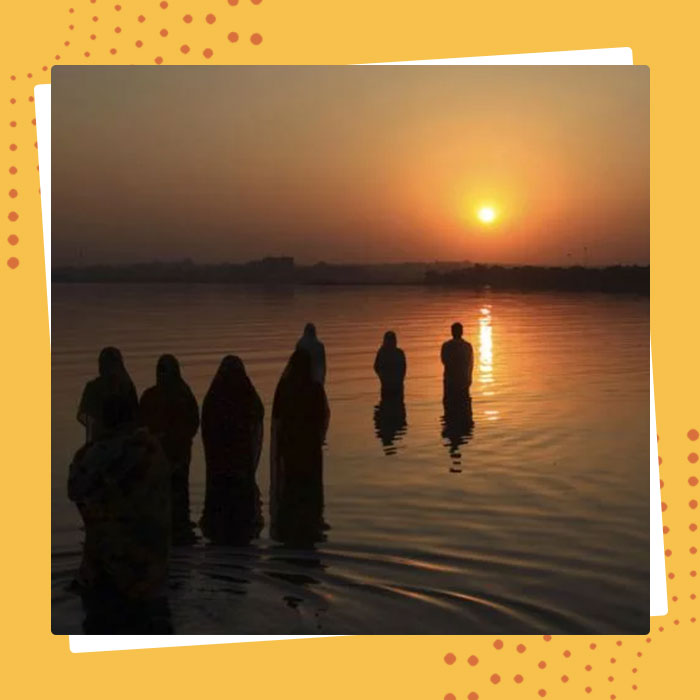 The third day is spent by preparing the Prasad at home and then in the evening, the entire household of the Vratins accompany them to the riverbank, where they make offerings to the setting sun. The females generally wear sarees of turmeric yellow colour while making their offerings. The evenings are made even better with enthusiastic folk songs.

Here, on the final day, all the devotees go to the riverbank before sunrise to make offerings to the rising sun. This festival ends when the Vratins break their 36 hours fast (called Paran) and the relatives come over to their house to have their share of Prasad.

The Chhath Prasad is traditionally prepared with rice, wheat, dry fruits, fresh fruits, nuts, jaggery, coconut and lots and lots of ghee. No salt, onions and garlic is used in the meals prepared during Chhath. 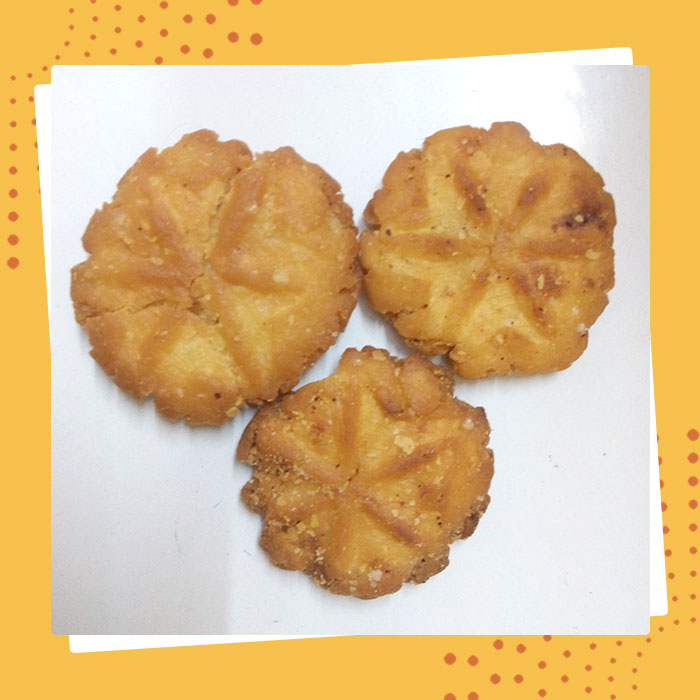 Thekua is a special part of the Chhath Puja and it is basically a cookie made with whole wheat flour which you must surely try if you visit the place during the festival.

The Significance of the Chhath Puja:

Apart from religious significance, there are a lot of scientific facts attached to these rituals. The devotees generally pray at the riverbank during sunrise or sunset and it is scientifically backed up with the fact that the solar energy has the lowest level of the Ultraviolet radiations during these two timings and it is really beneficial for the body. This traditional festival showers upon you positivity and helps in detoxifying your mind, soul and body. It helps to remove all the negative energies in your body by adoring the powerful sun.

The Benefits Of Chhath Puja: