Chrissy Teigen Regrets Getting Breast Implants at The Age Of 20 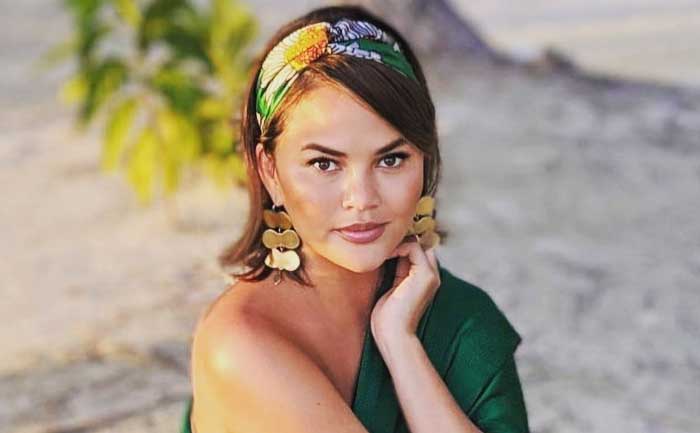 Model and TV personality Chrissy Teigen recently revealed to GLAMOUR UK that she got breast implants at the age of 20. The wife of singer-songwriter John Legend has always been refreshingly honest when it comes to her life. She also admitted that she thinks she screwed up.

“Yeah, I did my boobs when I was about 20 years old,” Teigen shared “It was more of a swimsuit thing. I thought, if I’m going to be posing, laid on my back, I want them to be perky! But then you have babies and they fill up with milk and deflate and now I am screwed.”

However, Chrissy Teigen bounced back with her natural humor when announcing that she’d be on the cover of GLAMOUR UK on Instagram. She captioned the post, “Itsa me! Happy “now you know I got my boobs done when I was 20″ day!!!! Talk about a weight lifted off my chest!!!”

The queen of sass was quick to shut down trolls too. One user clapped back at the star, saying “I love this and you but how can that be the quote under your airbrushed face?”. Teigen quickly responded saying, “I know this is crazy but I don’t actually work *at* the magazine”.

Chrissy Teigen also addressed the question if the breast implants were done to help with her self-esteem. She said, “Honestly, I kept them the same cup size. I just filled them out, so they are rounded and firmer. I had a quarter ‘teardrop’ cup in the bottom and filled out the breast line. But I want them out now. If I could do one thing, it would be to have a lift.”

She also said that you’re “supposed to replace [implants] every ten years” but it has become a riskier procedure after becoming a mother. “But when you have kids you think about [the risks] of surgery and I think, ‘This is not the way I want to die, in boob surgery.'”

In addition, Teigen also talked about struggling with confidence. She said, “I used to weigh myself every morning, afternoon and night. I knew what the scales would say after each meal. I did that for eight years and had this one weight I wanted to be at.”

However, this changed after she became a mother. She then became “comfortable with my new normal number.”