Here's what Warren Ellis Castlevania writer has to say on Season 4. 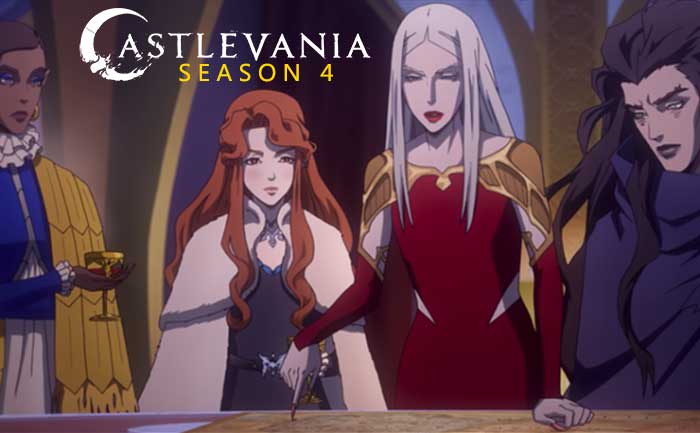 A few days before Netflix dropped all the 10 episodes of Castlevania season 3, the writer of the adult TV web series has talked about people who have been asking for Castlevania Season 4. Taking to Twitter, Warren Ellis wrote a cheeky message addressing those demanding for the fourth season of Castlevania.

The demands of Castlevania season 4 started a long time before the third season of the adult web series started streaming on Netflix.

CASTLEVANIA Season 3 goes live Thursday, only on @netflix . Extra special thanks to all the people who have been tweeting "it's been 84 years" at me since 2018 who are now tweeting "but what about Season 4" pic.twitter.com/7Ka1Y1rXOH

Warren Ellis wrote on Twitter,  “CASTLEVANIA Season 3 goes live Thursday, only on Netflix. Extra special thanks to all the people who have been tweeting “it’s been 84 years” at me since 2018 who are now tweeting ‘but what about Season 4’.”

Now people are asking about Season FIVE in what I can only assume is an attempt to destroy my mind.

“Now people are asking about Season FIVE in what I can only assume is an attempt to destroy my mind,” he wrote.

When Is the Castlevania 3 Release Date?

The third season of Castlevania will be released on Netflix on March 5, 2020. The latest season will have 10 episodes. If you do not know when to how to watch Castlevania season 3 on Netflix, do not need to wonder, we have here to tell you how you can watch the upcoming adventures of the vampire hunters of Trevor Belmont, the magician Sypha, and the son of Dracula himself, Alucard.

First of all, you should know that Castlevania 3 will only be available on Netflix, with the streaming giant counting it as one of their original series. You will be able to watch the third season of Castlevania in one binge session as all the 10 episodes will be dropped at once.

What time can I watch Castlevania Season 3 on Netflix?

For the unversed, Netflix actually does not announce exactly when shows will be available to watch but we can make a solid bet that Castlevania Season 3 will unlock around 12:00 AM PST on Thursday, March 5.

Here’s when you can watch the latest season in the following time zones: