Cole Sprouse had a lot to say to the so-called fans who have been making ‘baseless accusations’ and even sending death threats his way.

‘I tolerate a lot of rumors and slander from people online claiming to be my fans,’ he wrote. ‘Fans who feel entitled to my privacy precisely because I never indulged them. But attacking my friends, baseless accusations, leaking my address, and sending death threats are all qualities of insanity and fanaticism. Choose humanity stop being [a clown].’  Cole Sprouse was seemingly referring to his relationship with his Riverdale co-star Lili Reinhart. The recent lack of social media updates has led to speculations about a split between the two. Moreover, Cole Sprouse has also been linked to model Kaia Gerber.

‘When I first stepped into a public relationship this was one of the foreseeable consequences,’ he said. ‘And while I never truly intend to indulge any part of my private life to the ravenous horde, it’s cleared my restraint in updating them has allowed them to push their own agenda onto my habits and lifestyle.’ 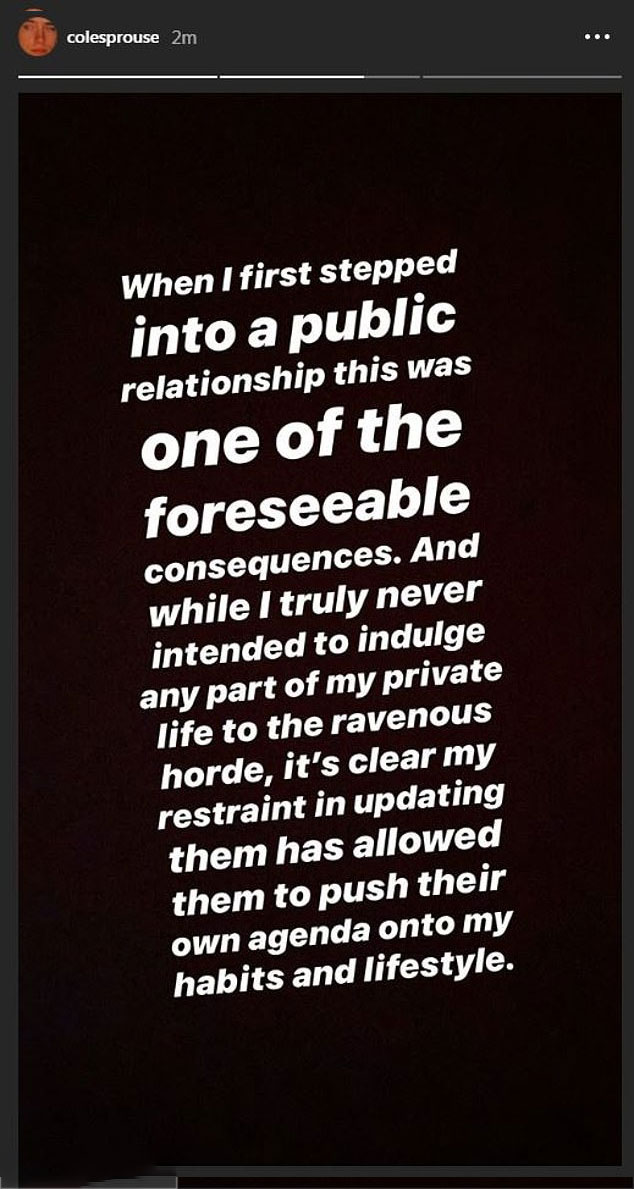 However, Cole wasn’t quite done with calling out fans breaching his privacy.

‘So in conclusion – please eat my delectable plump a**,’ he continued. ‘Making me post a ***damn white font Insta story like a twice divorced mother of three .’ Cole Sprouse is in lockdown. Riverdale, like a lot of other shows, has delayed production on the show’s fourth season. The decision came in light of one of the show’s crew members testing positive COVID-19 test.