Days before the film hit the theaters, a song from Rajinikanth's Darbar movie has been leaked online for free downlaod 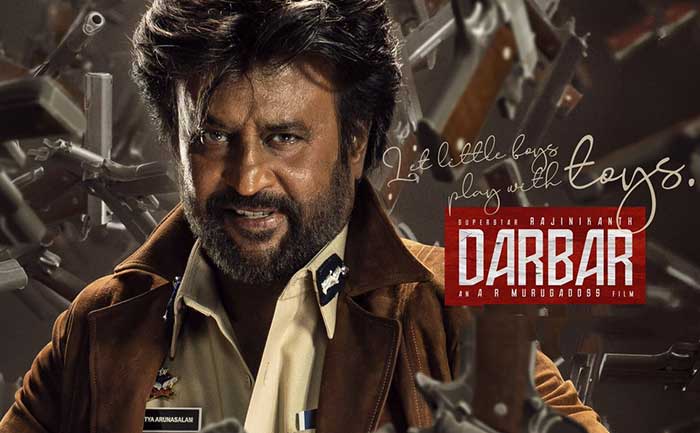 Days before Rajinikanth’s most anticipated movie Darbar hit the theaters, a song from the film has been leaked on social media. According to reports, Darbar movie song titled Kannula Thimiru, which is sung by three transwomen Chandramukhi, Rachana and Priya Murthi from Spicy Girls has been leaked online for free download. Darbar Full Movie Download

A source close to Darbar team told The Times of India, “The song was performed at the audio launch function last month, but didn’t get included in the album because of copyright issues. Anirudh, who has composed music for the film, has collaborated with Deva for this song, the highlight of which is the inclusion of a stylized Annamalai BGM. While the company that owns the copyright of the song has raised a dispute, the song was leaked online. However, the production company of Darbar has removed it now from YouTube.” Darbar: AR Murugadoss Shares Glimpse Of Dumm Dumm Song

After delivering back to back hit movies, Rajinikanth is all set to take the box office by storm with his upcoming movie Darbar. The film has created a lot of buzz and fans can’t wait to see Rajinikanth again playing a police officer in Darbar. The film is scheduled to hit the theaters on Pongal (January 9, 2020).

Meanwhile, prior to its official release date, the pre-release event of Darbar is slated to take place today (January 3, 2020). The event will be held at the Shilpa Kala Vedika in Hyderabad.

The pre-release event of Darbar will be attended by Rajinikanth, AR Murugadoss and Nivetha Thomas who essayed a pivotal role in the film. Besides them, several biggies from the Telugu film fraternity are also expected to grace the occasion.