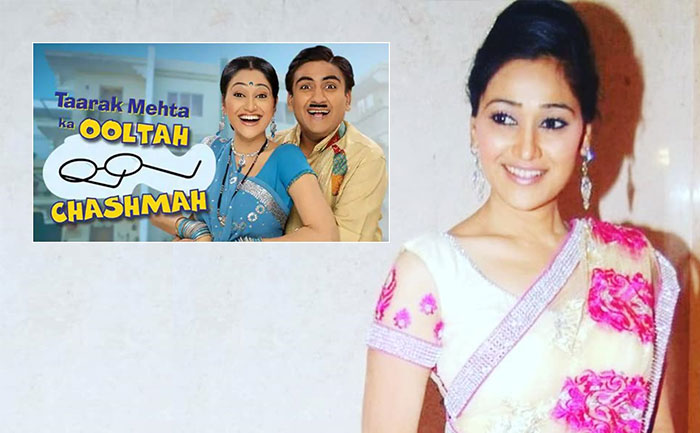 Dayaben is ready to come back as Jethalal’s wife in Taarak Mehta Ka Ooltah Chashmah. The television actress Disha Vakani will enter the show in a grand way. The actress was on maternity leave for two years. Her absence in the show was missed by the viewers. Especially her melodious voice. It is said that Disha will re-enter the show during Navratri 2019.

Her grand welcome is going to happen soon in Gokuldham society. Reportedly, Dayaben will arrive in reverse glasses of Taarak Mehta in this Navratri. Dayaben, the Garba queen is being missed in Navratri by all the members of the society.

“Disha Vakani will soon begin her shoot and her entry will be quite grand. During the Navratri track, whole Gokuldham society will be seen discussing and missing Dayaben and her unbeatable Garba. But the one who will be missing her the most will be her husband Jethalal (Dilip Joshi) who will take an oath in front of Devi Maa that he will not play Garba until and unless Daya comes back and does the Garba with him.” A source informed SpotboyE.com.

Fans of Dayaben are missing her the most since her absence for two years. Her comeback in the episode this Navratri will be a joyous moment for all.

“That’s when the whole society members start their search for Dayaben and try to get her back but unfortunately all their attempts will fail.  Just when everybody loses hope, Daya will make a smashing entry. Makers are trying hard to make her entry as intriguing as possible,” the source said.

Since earlier this year, there have been speculations about Disha quitting the show but she was on maternity leave and wanted to focus on her newborn.