Yeh Hai Mohabbatein October 6 Spoiler: Ishita who is doubtful about what happened to Natasha, found something shocking about Niti and Arjit's relationship. 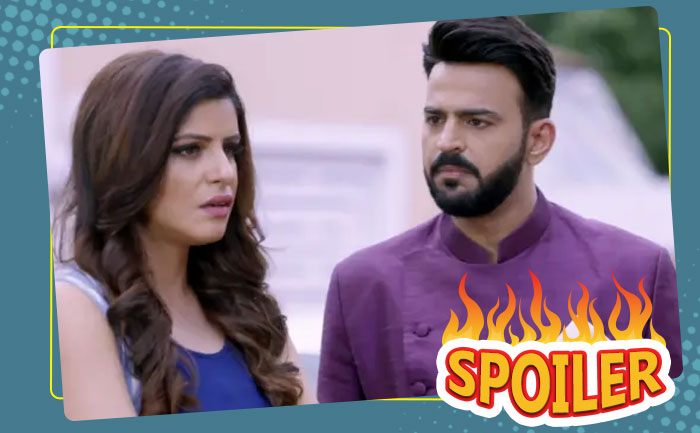 Yeh Hai Mohabbatein Spoilers: In 5th October’s Yeh Hai Mohabbatein episode, viewers witnessed yet another new twist and turn in the show. Ishita, Raman and Bhalla Family seem quite happy they get rid off from Natasha. In today’s episode, Ishita, who is suspicious of Natasha’s sudden arrest, finds out something about Niti and Arjit. Stop reading this article, if you do not want to read the spoilers of Yeh Hai Mohabbatein. Yes, this article contains spoilers which tell you the story of the upcoming episode.

In the last episode, we saw how everyone betrayed and get Natasha arrested in charge of murdering Dr Mishra. Natasha, who was betraying Arjit did not think that he will use her own pawns against Bhallas to get her arrested. Yeh Hai Mohabbatein October 5, 2019 Written Update: Police Arrest Natasha

Natasha was shocked to know that the lady lab attendant also spoke against her helping Arjit. She was also shocked to learn about the accusation of killing Dr Mishra which led her to land in jail. Seeing Natasha behind the bars, Bhallas are quite happy and all set to celebrate the moment in Yeh Hai Mohabbatein. Yeh Rishta Kya Kehlata Hai Spoilers

At a time when Bhallas, Raman and Niti celebrating the moment as Natasha is behind the bars, Ishita is a little bit suspicious about Arjit and Niti’s relationship. Yes, Ishita is still confused about how things have changed and she landed in jail all of sudden. She is still wondering how could Sunil speak against Natasha.

In order to find the truth, she keeps an eye on everyone as her trouble is not ended. In the upcoming episode, yet another drama will unfold in which, Ishita gets a clue about Niti and reaches near her, Arjit gets a shock as he knows that if Ishita gets to learn about his relationship with Niti, it will be a huge problem for both.

Ishita finally finds some clue about Niti and she is perplexed to see her in such a state. She further digs out Niti’s relation with Arjit. It seems Arjit’s seem is going to end soon. What more twist and turn has in store for you in the upcoming episode.

Will Ishita be able to decode the game Arjit and Niti playing behind her back?

Stay tuned to The Live Mirror for more updates!