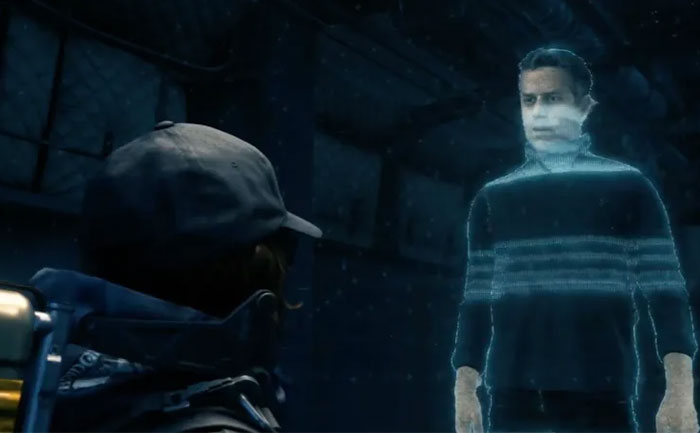 Death Stranding gives its players the chance to unlock several celebrity holograms. These holograms can be received as rewards which can later be found on bridges, generators and delivery stations. Holograms can often have their own accompanying music too. Celebrities such as Conan O’Brien, Geoff Keighley, Daichi Mira, and Junji Ito can be unlocked within the Death Stranding hologram system.

Through this guide we are going to explain how to acquire celebrity holograms and how to use the Death Stranding customization system.

Unlocking holograms in Death Stranding is a simple matter of completing deliveries to distribution centers and preppers around the map. Delivering goods will help players raise their reputation and unlock rewards that include the celebrity holograms. Quite a few holograms can be unlocked by forging through the main story missions but the rare ones often require delivering cargo and leveling up preppers. If players are looking to unlock a specific hologram, they can focus on completing the requirements for them first.

To unlock the celebrity holograms, the first obvious step is to find where each o them is located. Players will need to go through different points of interest in the open world to accomplish this. Most of these can be found in the different distribution centers. Here we have listed the celebrities and their locations so far in the game.

Once unlocked, players can use the holograms in Death Stranding. For this, pursue the main storyline till the wizards at Bridges offer Sam the PCC. This item lets players make their own structures like postboxes and bridges. Once made, the structures need to be upgraded to level 2 in order to be customizable. Players can then customize the structure with the structure menu. Through the menu, Music, Voice, Holograms and Rare Holograms can be added to the structure.