Deepika Padukone and Siddhant Chaturvedi to share screen space together? 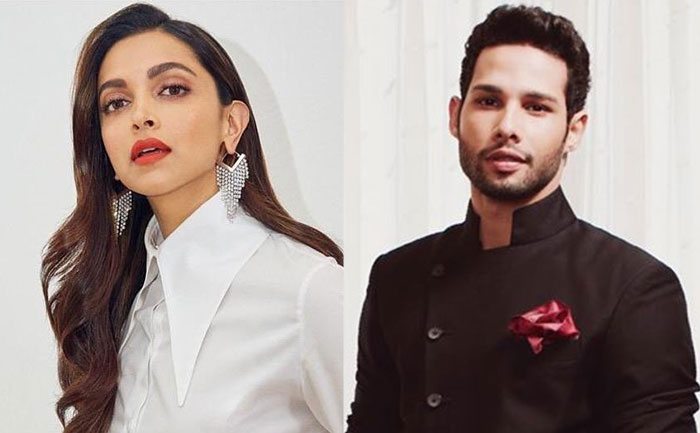 Deepika Padukone and Gully Boy’s Siddhant Chaturvedi will be sharing screen space together in director Shakun Batra’s next film which will be produced by Karan Johar. The story revolves around the contemporary relationships, stated a report in Mumbai Mirror.

According to a Mumbai Mirror report, “Shakun wanted to vast a fresh face alongside Deepika and he felt Siddhant fit the bill,” a source says.

Further talking about the script, “It’s a special script for both Shakun and Karan, and they are raring to take the film in the floors next year. It is set in India and the team is currently working on the logistics and finalizing the locations.”

“Deepika has not done a film in this space for a while, and Siddhant is keen to portray different characters in the early days of his career,” the source informs.

Siddhant gained fame in Zoya Akhtar’s Gully Boy where he played the character of a street rapper MC Sher, Siddhant’s performance has won over audience and critics alike. On the other note, the actor has already signed three films, of which a comedy has already gone on the floors.

On the work front, Chaturvedi has recently featured in Inside Edge: 2 and also dubbed the Hindi version of Men in Black: International whereas, Padukone will next be seen in next in Kabir Singh’s 83 alongside Ranveer Singh, Meghna Gulzar’s Chhapaak, in which she will play the role of acid attack survivor Laxmi Agarwal and Mahabharata

ALSO READ: Deepika Padukone To Reunite With Karan Johar For Her Next?