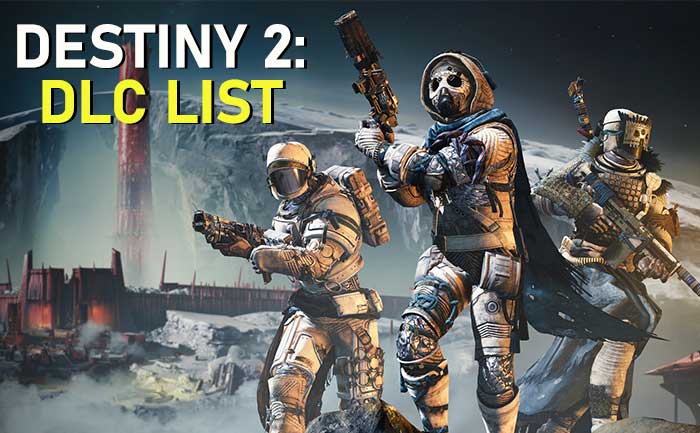 From finishing the Izanami Forge in Black Armory to doing weekly bounties from Forsaken, Destiny 2 has plenty of things to entertain us. However, there are thousands of players who have already completed everything from both of Destiny 2 expansions. They are eagerly waiting about Destiny 2 DLC 2020 list for future expansions. Where is Xur This Week

In this Destiny 2 expansion guide, we will share Destiny 2 DLC complete list. This list will inform you what Destiny 2 expansion you must look forward to in 2020 or beyond. The list will also let you know about past ones that you might have missed for reasons. Without any further ado, let’s take a look at the list which is only made up of DLC expansions that will surely coming or rumored be announced soon.

As of 2020, Destiny 2 only has merely four expansions to the base game but you should know that these are not the only DLC expansions that Destiny 2 players are wondering. There are multiple Destiny 2 expansions are likely to arrive in 2020. We have brought you a list of all the current and future DLC expansions along with their respective release dates.

Here is the full Destiny 2 DLC list of all current and future DLC expansions and release date:

There you have a list of all the past and future Destiny 2 DLC expansions. We have not yet received any confirmation regarding whether the game will get any other DLC expansions beyond the above mentioned six and the base game. It is likely that the Penumbra will be the final expansion for Destiny 2.