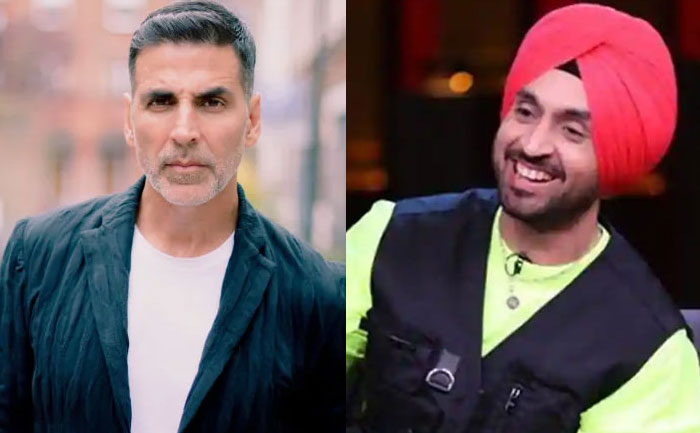 Popular Actor and Singer Diljit Dosanjh seems to be over the moon on sharing screen space with Bollywood superstar Akshay Kumar in the latest film Good Newwz which also stars Kareena Kapoor and Kiara Advani in lead roles. Ever since the film has released, Diljit has been getting a lot of appreciation from the audiences for his performance as a loud Punjabi man in the comedy film.

Reportedly, in an interview with Pinkvilla, Diljit talked related to the film. “When I had heard about this film, I was certain I want to do it. I laughed the most when I heard the script. It was such a fun character.” he said

It was later on that the actor got a confirmation of landing a part in the film from Karan Johar. Moreover, Diljit in his admiration for his co-star Akshay Kumar talked about the fact that apart from acing the comic dialogues perfectly well, Akshay also steals the show with his body language as well as his facial expressions.

Also, Diljit Dosanjh said that he is grateful that he learnt everyday on the sets and Akshay has been an inspiration to him all the while. Not only that, he is also in awe of Akshay Kumar’s choice of comedy scripts as well as his approach and comic timing.

“Akshay sir’s comedy timing is very good, especially after 2012-13, he is choosing different subjects and it is very inspiring…He has so much energy in him. He is like Mr Bean. It is very difficult to pull this off and Akshay sir can do it extremely well.”