Disha Patani took to her Instagram page and shared a photo of herself in hot bikini avatar during self-quarantine. 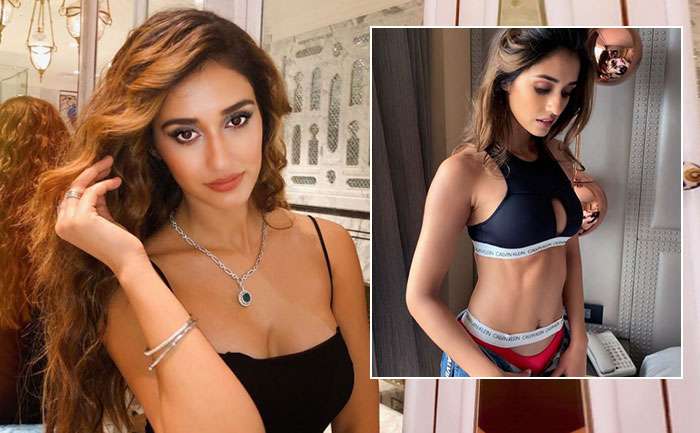 ‘Malang’ actress Disha Patani surely has her social media game on point. Disha Patani’s Instagram page is flooded with her sizzling and sultry photos which go immediately viral on the Internet. From flaunting her bikini bod to channelling her inner diva, Disha does it all. The actor always kills it with her oomph factor.

Disha Patani — who is an avid social media user —  has recently shared a picture of the time when she had some fantastic washboard abs to flaunt in a bikini avatar. She captioned the post stating, “🌸 those were the days 🐵 #quarantinebodynotreadyyet 🐰🐰”

🌸 those were the days 🐵 #quarantinebodynotreadyyet 🐰🐰

The actress is usually quite active on social media and often keeps updating her fans with videos and pictures. Recently, she has been sharing some fun TikTok video with Tiger Shroff’s sister Krishna Shroff. While sharing the video, Disha captioned, “This is how we do it #quarintinelife @kishushroff 👭🤣”

Coming back to her professional front, Disha Patani has a couple of films in her kitty. She was last seen in Mohit Suri’s ‘Malang’, co-starring Anil Kapoor, Aditya Roy Kapur, and Kunal Kemmu. Now, she will next be seen in Prabhu Deva’s Radhe: Your Most Wanted Bhai, which will be her second project with Salman Khan. The film will also star Jackie Shroff and Randeep Hooda. It is slated for Eid 2020 release.

Apart, from that, Disha Patani will also be a part of Gowtam Tinnanuri’s ‘Jersey’, ‘Ekta Kapoor’s ‘KTina’ and ‘Sanghamitra’.