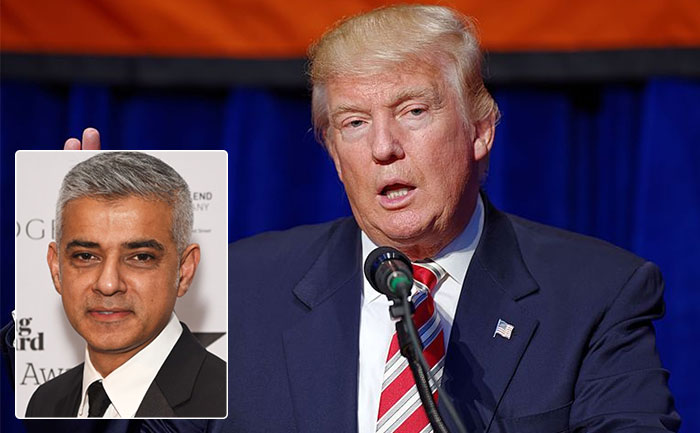 London Mayor criticised American President Donald Trump for failing to attend the Second World War commemoration, only to be seen playing Golf. Khan is an outspoken critic of US President. He had also criticized Trump in a column for the Observer this weekend. Khan called Trump “the global poster-boy for white nationalism”.

Khan had attended a ceremony at Poland this weekend to commemorate the 80th anniversary of the Nazi invasion. US President Donald Trump had skipped the event to focus on managing Hurricane Dorian preparations. The president received briefings from federal agencies over the weekend but he also spent time at one of his golf courses in Virginia.

The President was slammed by the Mayor of London. Taking a dig at US President, Khan told Politico, “He’s clearly busy dealing with a hurricane out on the golf course.”He added: “And he’ll get away with that. The normal rules do not apply.”

Trump soon responded to Khan’s criticism and described the London mayor as “incompetent”. But he misspelt the Mayor’s name as ‘Sadique Kahn’. He further added that people in London are ‘afraid to even walk the streets’.

The president later deleted the tweet and reposted it with the correct spelling.

The incompetent Mayor of London, Sadiq Khan, was bothered that I played a very fast round of golf yesterday. Many Pols exercise for hours, or travel for weeks. Me, I run through one of my courses (very inexpensive). President Obama would fly to Hawaii. Kahn should focus on….