This is Eminem's first album since 2018's Kamikaze. 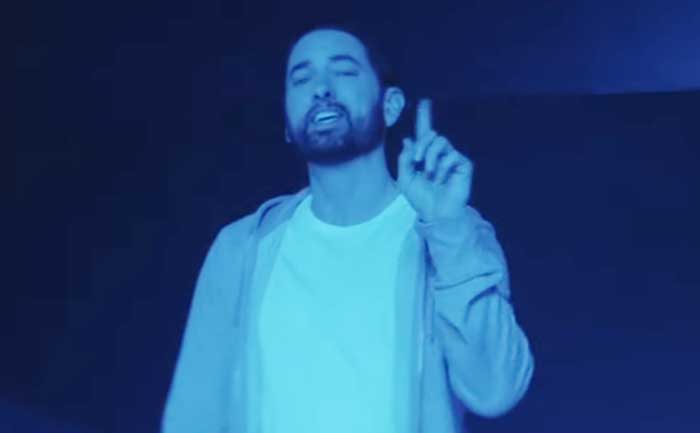 Eminem is back and he surprised fans with the release of his 11th album, Music to be Murdered By. The album comes after a long period of speculation within the fan community over Eminem’s next release. This is the musician’s first album since 2018’s Kamikaze.

The album has guest appearances by Ed Sheeran, Black Thought, Q-Tip, Royce Da 5’9″, Anderson .Paak, Young M.A. as well as a posthumous appearance by Juice WRLD. Eminem also released an anti-gun violence video for Darkness to accompany the album. The melancholic song about loneliness and drowning depression with pills is also a stance for stricter gun control. Lyrics like “but I’m a licensed owner, With no prior convictions, so loss the sky’s the limit so” emphasize the need for gun control even amongst those with no prior records.

The video features a montage of various actual mass shootings in America. It is accompanied by the message “When will this end? When enough people care. Register to vote at Vote.gov. Make your voice heard and help change gun laws in America.”

Eminem also dropped a tweet explaining his inspiration behind the title of the album. He wrote, “Inspired by the master, Uncle Alfred! #MusicToBeMurderedBy”

The new album ends just as Hitchcock’s 1958 version with the filmmaker saying “If you haven’t been murdered, I can only say better luck next time. If you have been, goodnight, wherever you are.”

In the aftermath of the release of Music to be Murdered by, #MusicToBeMurderedBy has taken over Twitter with fans tweeting out their excitement over the return of Eminem. They also stood by the rapper as some people took offense to the explosive lyrics.

Let me drop an album late at night.

Y'all dragging this man for his fictional shock lyrics when in real life he raised this much money for victims. #MusicToBeMurderedBy pic.twitter.com/EdFiHq51BP

Eminem surprise dropped his album again when the world was not ready.#MusicToBeMurderedBy pic.twitter.com/sdpyslRcGq