Erica Fernandes was seen wearing a red bikini in Maldives. 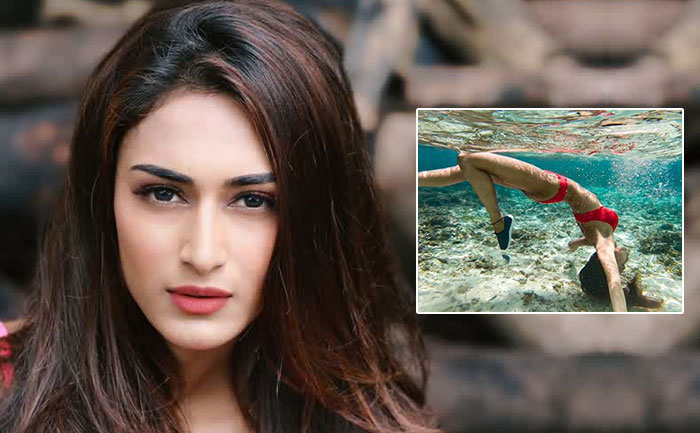 ‘Kasautii Zindagi Ki 2’ star Erica Fernandes is enjoying her time in the Maldives and has recently taken the internet by storm with her bikini shots. The actress is loved by the fans for her personality and her style quotient. Erica Fernandes is surely one of the most beautiful actresses in the industry.

Erica Fernandes made her television debut with Sony TV’s Kuch Rang Pyar Ke Aise Bhi where she portrayed the character of Dr Sonakshi Bose opposite Shaheer Sheikh. She is currently winning the audience over with her acting and on-screen chemistry with co-star Parth Samthaan in  ‘Kasautii Zindagii Kay 2’ as Prerna Sharma.

Erica is quite active on her social media handles and she often keeps updating her fans about her personal and professional life.

Erica took to Instagram to share pictures of her swimming underwater. She was seen wearing a red hot bikini. She wrote, “Sky above, sand below, peace within 😇”.

Erica is spotted wearing a pair of closed blue shoes in this photo. She captioned the photo, “Wild and free like the sea 🌊”