Salman Khan’s Bigg Boss 13 first look is out in the first teaser, watch the teaser here 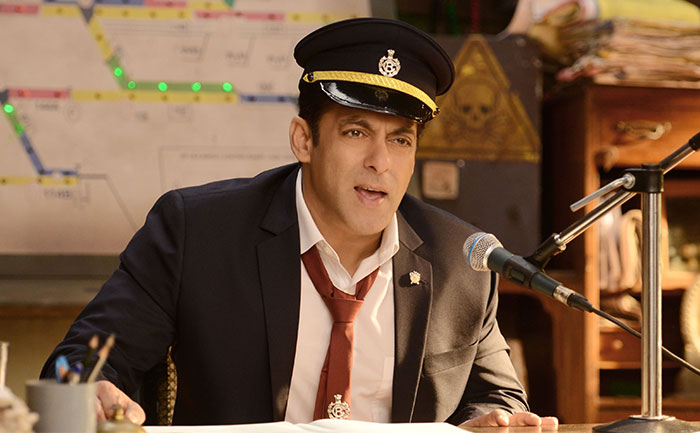 Superstar Salman Khan is all set to host the new season of Bigg Boss 13. The first teaser of much-anticipated Colors reality show is finally here. Guess what? Host Salman is seen playing a station master. As the train moves, the host reveals there will be new twists in the show.

The promo looks intriguing and will surely leave you craving for me.

Get ready to hop on to the #BB13 entertainment express along with @vivo_india ek dum fatafat! 😍 #BiggBoss13 Coming soon! @beingsalmankhan

In the latest promo, Salman Khan, in the garb of a station master is seen making some major announcements in his unique style. The Dabangg Khan announces, “Kripya dhyan dein, iss baar Bigg Boss ki gaadi hogi sitara special. Chaar hafton mein pahunchayegi finale pe tatkal. Uske baad bhi celebrities kurta phaad ke banayenge rumaal. Jaldi aaiye, varna pachhtaiye.” Now, fans have all the more reason to get excited as this season, the contestants shall reach the finale in only 4 weeks as opposed to the usual 100 days or so.

Salman further added, “Iss baar decision hai mera aur bohot hai tedha” which when translated means “This time, the decision is mine and it is twisty.”

Apparently the decision to eliminate contestants or decide the show’s winner is reserved with Salman Khan? But there has been no confirmation of the same from the channel.

This year, the Bigg Boss 13 house will be located in Mumbai’s Film City, away from the original location of Lonavala. Reportedly, celebs like Ankita Lokhande, Tina Dutta, Siddharth Shukla, Chunky Pandey, Rajpal Yadav, Karan Patel, Shivin Narang, Dayanand Shetty, Karan Vohra, and Devoleena Bhattacharjee have been approached for the show. There has been no official announcement regarding the participants yet.