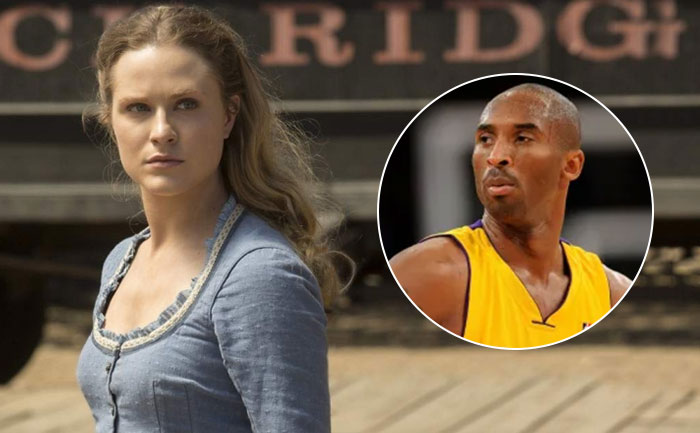 Actor Evan Rachel Wood is facing backlash for calling Kobe Bryant a “rapist” shortly after it was reported he and his 13-year-old daughter had died in a helicopter crash.

The Westworld actor had tweeted: “What has happened is tragic. I am heartbroken for Kobe’s family. He was a sports hero. He was also a rapist. And all of these truths can exist simultaneously.”

Evan Rachel Wood was slammed on social media Shortly after she posted the tweet. Fans pointed out that the athlete was never prosecuted in connection with the sexual assault accusations. They even called Woods insensitive.

Charges were dropped, she was known to target high profile people. No Kobe wasnt perfect he had his demons but we dont know his heart behind closed doors. If god can forgive why cant you all

Ummmm…. No his DNA was NOT found on her. Report said nothing about bruises around her neck. She had sex with someone else. Kobe was wrong for cheating on his wife, but that was for them handle as a couple. PERIOD! End of story

The family deserves their time to grieve, no matter how ANYONE ELSE feels about any situation in which he was involved. His young children don’t deserve to be punished by seeing your words when grieving.

They deserve a reprieve at least through the funeral service.

@evanrachelwood you’re a hypocrite. We all love David Bowie but when it suits you and matters to you you can mourn his death but shit on others who were mourning a beloved figure in Los Angeles and the sports world. Where were your tweets about David Bowie then? You’re ridiculous

Evan was referring to the 2003 case where Bryant was charged with felony sexual assault after a 19-year-old accused him of raping her in a Colorado hotel room. Bryant initially denied having any sexual contact with the woman, but after physical evidence was found, he admitted to having had sex with her but claimed it was consensual. The case was dismissed when the girl refused to testify in the court. But a civil case was settled out of court for an undisclosed amount. Bryant had later issued a public apology to the woman.