The news of fire breaking out near Solapur's Airport area and Jaipur were shared on Twitter by Journalists. 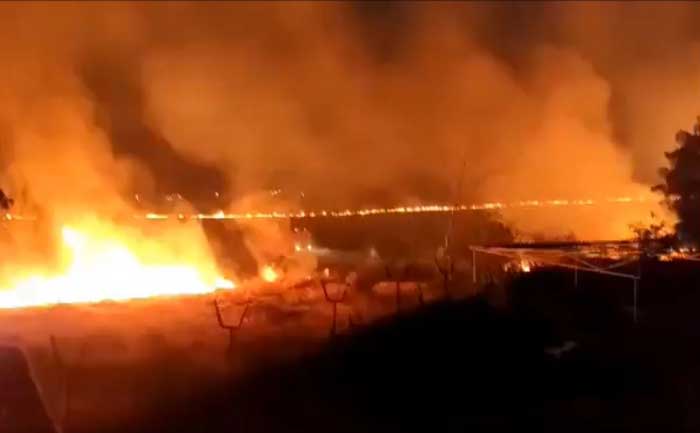 On April 3, 2020, Prime Minister Narendra Modi has urged citizen to turn off all the lights and lit candles, diyas and mobile flashlights at 9:00 pm on April 5, to mark India’s fight against novel Coronavirus.

And in many parts of the country, this has now resulted in a fire breaking out. As per the reports, a massive fire broke out in Solapur’s Airport area. Notably, the exact reason of blaze is yet to be ascertained.

As per a report in the Free Press Journal, locals claimed that the fire was caused by people bursting firecrackers. The news of fire breaking out near Solapur’s Airport area was shared on Twitter by News18 Lokmat correspondent, Sagar Surawase.

Besides Solapur Airport area, there were many incidents of a fire breaking out took place throughout the country on April 5, 2020. A journalist named Mahim Pratap Singh took to Twitter and shared a video from Jaipur showcasing massive flames and dark plumes of smoke billowing out from the building.

Sharing the video on Twitter, he wrote, “Massive fire in a building in my neighbourhood from bursting crackers for #9baje9mintues. Fire brigade just drove in. Hope everyone’s safe.”

Bloody hell! This is completely crazy. Let’s hope everyone is safe. https://t.co/Ia3Jfbfibj

According to reports, the fire has been doused. According to his tweet, the reason of fire breaking out was a firecracker.