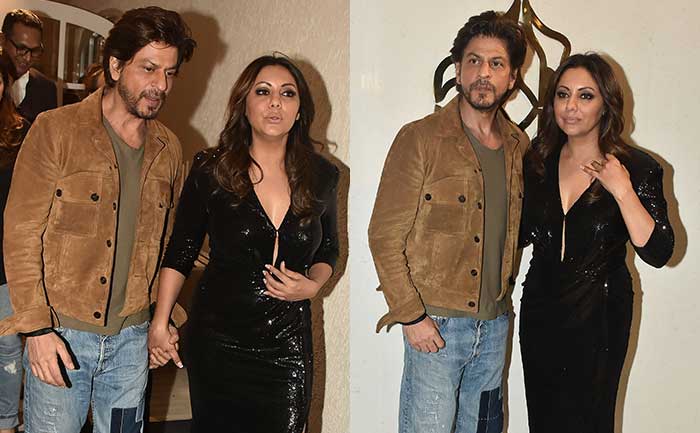 Shah Rukh Khan is known for his quirky sense of humor and he does not mind taking a jibe at himself every once in a while. But, it looks like now his wifey Gauri Khan has also has joined the club as recently she made a witty remark about his sabbatical from films and also suggested an alternate career option for him. Gauri Khan Wants SRK To Make DDLJ 2

The superstar’s wife and entrepreneur Gauri Khan during a media interaction yesterday was asked about SRK’S upcoming projects, his break from films and also recommended a substitute profession plan for her hubby, she said, “As Shah Rukh is not doing any movie right now, I will tell him to keep his second option as a designer in future because he is a great designer.”

A beautiful moment… a sneak preview from the sets of the new @ddecordiaries campaign. @iamsrk @dharma2pointo @punitdmalhotra

The actor himself jokingly spoke about his last few films not working well. Recently when SRK sat with Jeff Bezos and Zoya Akhtar for a fireside chat, “I was talking to him (gestures towards SRK) backstage and he (Shah Rukh) is one of the most humble people I have ever met,” Bezos said.

As the fans cheered passionately, Shah Rukh was clearly in the spirit for witty banter. Shah Rukh quickly responded with, “That’s only because my last few films did not work well.”

On the other note, Shah Rukh Khan was last seen in Aanand L. Rai’s Zero opposite Katrina Kaif and Anushka Sharma. After Zero, the actor did not commit to any films and his fans have been eagerly waiting for an announcement about his next film.