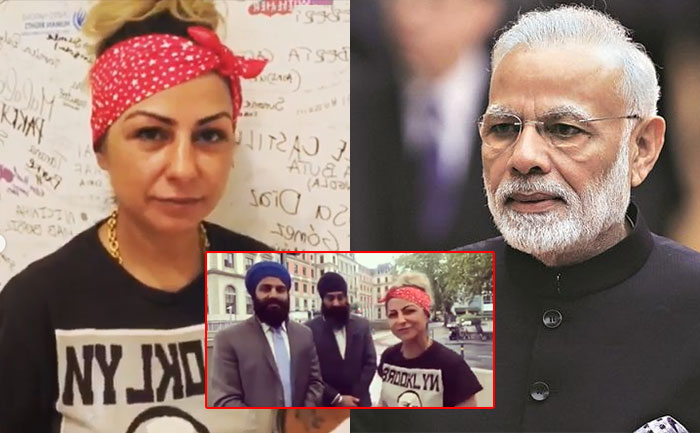 Rapper and singer Hard Kaur is back in news once again.  The rapper was booked for sedition earlier this year for making derogatory comments against Uttar Pradesh Chief Minister Yogi Adityanath and RSS chief Mohan Bhagwat. The controversial celebrity is seen in a video in which she has openly come out in support of the Khalistan movement. In the video, she has now challenged Home Minister Amit Shah and Prime Minister Narendra Modi.

The video, that has surfaced on social media, Kaur at one point can be heard saying, “You politicians, you all use people for your personal agenda. Come and fight me. Being a girl, I challenge you. Whoever it is, Amit Shah or Modi. Stop doing these girly things, like sedition charges, rape threats, death threats. What is the meaning of threatening my family, my fans? ”

Check out the videos shared by Hard Kaur here:

Challenging the Indian Home Minister Amit Shah and Prime Minister Narendra Modi, Kaur says that she has had enough with Shah’s tactics of getting back at her.

Hard Kaur has also supported Anurag Kashyap for leaving Twitter because of the oppression of the Government.

It remains to be seen how the Government will respond to Hard Kaur’s rant?