2021 Kdramas Slate Is Filled With Interesting Projects From Hospital Playlist 2 To Vincenzo. Check Out These Five Kdramas That We Are Looking Forward To This Year 2020 was one of the most challenging year due to the pandemic Coronavirus outspread. Thanks to dramas and movies that helped us pass the time meanwhile when were isolated. This new year as well has a lot of Kdramas, which are highly anticipated. There are quite an interesting number of dramas expected to be released this year. The 2021 drama slate looks all exciting because unique love stories, mystery thrillers and sequels coming up soon. Here are five Kdramas we are most excitedly looking forward.

Five Kdramas We Are Looking Forward In 2021:

Hospital Playlist was one of the hit Kdrama in 2020 and it featured the everyday life story of five medical students from same college who end up working in a same hospital. These characters were relatable, loveable and interesting in their own unique ways. The characters made us fall in love with their singing skills as well. This year we are hoping to watch the season 2 of Hospital Playlist. Much is not known about the upcoming drama, but it will be released on Netflix. It is slated to be released in June and number of episodes are not out. The drama will be featuring Jo Jung-suk Yoo Yeon-seok Jung Kyung-ho Kim Dae-myung Jeon Mi-do in the key roles. 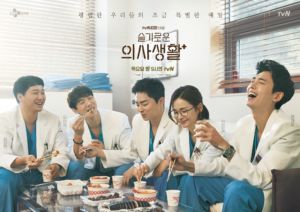 Snowdrop will feature BlackPink member, Jisoo in the key role and thus fans are excited for the release. After portraying few supporting roles in Korean projects, the beautiful idol will be marking her debut in a lead role. Interestingly, the Sky Castle team will be working on this project. It also features Jung Hae-in, Kim Hye-yoon and others. The drama apparently will be released in 16-episode and it will be available on Netflix from May.

The drama took us to a new age love triangle and it kept us curious through out the complicated story. The drama was all about a mobile app, which notifies the users about their mutual crush. It featured Song Kang, Kim So-hyun and Jung Ga-ram in the key roles. Season 2 of Love Alarm is highly anticipated and it is expected to release on Netflix. 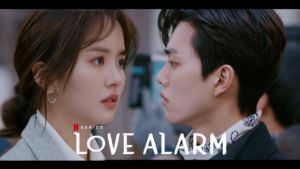 This upcoming mystery drama is about park rangers, who work to rescue people stuck at the Mount Jiri. It will feature Jun Ji Hyun as Seo Yi Kang, the top ranger who knows everything about Mount Jiri National Park. On the other side, Joo Ji Hoon will be seen as Kang Hyun Jo, is a military academy graduate who is involved in deep secrets and he joins a new ranger just to become Seo Yi Kang’s partner. The drama is composed in 16 episodes and it will be released this year. 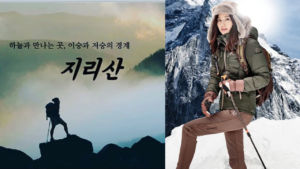 Song Joong-ki, Jeon Yeo-been and Ok Taec-yeon is enough reason for crazy anticipation for the release. Song will be seen portraying the role of an Italian lawyer and mafia consigliere, known as Vincenzo Cassano, Who lands up in South Korean following a case. Considering the great plot and great visuals, the drama appears to be big with surprises. We wonder if Joong-ki, Yeo-been and Taec-yeon will be entangled in a love triangle, we just can’t wait to see how the drama unfolds. The series will be airing in April this year.