Dengue is a mosquito-borne viral infection. Here's how you can protect yourself from it. 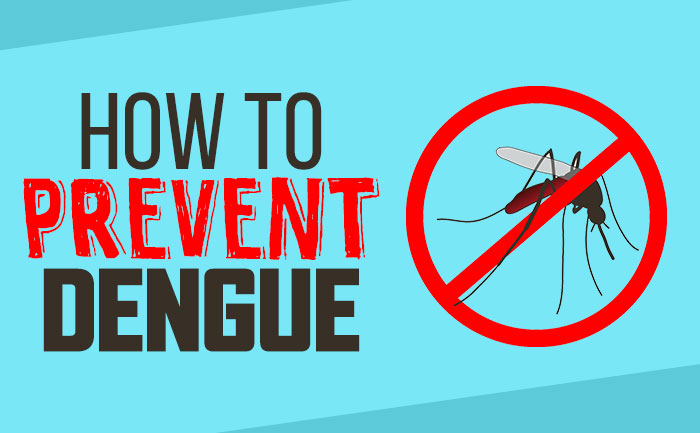 Dengue fever is a mosquito-borne tropical disease caused by the dengue virus. Symptoms typically begin three to fourteen days after infection. These may include a high fever, headache, vomiting, muscle and joint pains, and a characteristic skin rash. Recovery generally takes two to seven days.

In a small proportion of cases, the disease develops into a more severe dengue hemorrhagic fever, resulting in bleeding, low levels of blood platelets and blood plasma leakage, or into dengue shock syndrome, where dangerously low blood pressure occurs. Most cases occur in tropical areas of the world, with the population in the Indian subcontinent, Southeast Asia, Mexico, Africa, parts of Central and South America most susceptible to the disease.

It is also known as ‘break bone fever’ attributable to the muscle and joint pains the victims of the fever experience. . The virus responsible for causing dengue is called dengue virus (DENV). Dengue is spread by several species of female mosquitoes of the Aedes genus, principally Aedes aegypti. The virus has five serotypes; infection with one type usually gives lifelong immunity to that type, but only short-term immunity to the others.

Dengue is caused due to four viruses, namely – DENV-1, DENV-2, DENV-3, and DENV-4. People infected with the dengue virus are asymptomatic (80%) or have only mild symptoms such as an uncomplicated fever. The incubation period ranges from 3 to 14 days, but most often it is 4 to 7 days.

Children often experience symptoms similar to those of the common cold and gastroenteritis and have a greater risk of severe complications, though initial symptoms are generally mild but include high fever. The virus infects more cells, including those in the lymph nodes and bone marrow, macrophages in both the spleen and liver and monocytes in the blood.

Dengue fever usually occurs after an incubation period of 4-10 days after the bite of the infected mosquito. The characteristic symptoms of dengue are sudden-onset fever, headache (typically located behind the eyes), muscle and joint pains, and a rash. Nausea and vomiting may also occur. During this period, there is leakage of plasma from the blood vessels, typically lasting one to two days. People with weakened immune systems as well as those with a second or subsequent dengue infection are believed to be at greater risk for developing dengue hemorrhagic fever.

There is no specific remedy or scientifically proven vaccine against dengue, however, there are few steps you can follow to prevent and protect yourself from getting infected. Prevention depends on control of and protection from the bites of the mosquito that transmits it. You can only relieve the symptoms until the infection has gone. Fever reducers and pain killers can be taken to control the symptoms of muscle aches and pains, and fever.

Foods To Consume For Faster Recovery:

Is There A Vaccine For Dengue?

Yes, Dengue Vaccine Globally. The World Health Organization recommends that the vaccine only be given to persons with confirmed previous dengue virus infection. It is licensed and available in some countries for people aged 9 to 45 years.

NOTE: If you have severe symptoms of dengue, kindly speak to your doctor.

ALSO READ:  How To Turn Off ‘People You May Know’ On Facebook: Step-By-Step Guide

My Universe: Coldplay And BTS’s Universe Join Through Holograms In Music Video