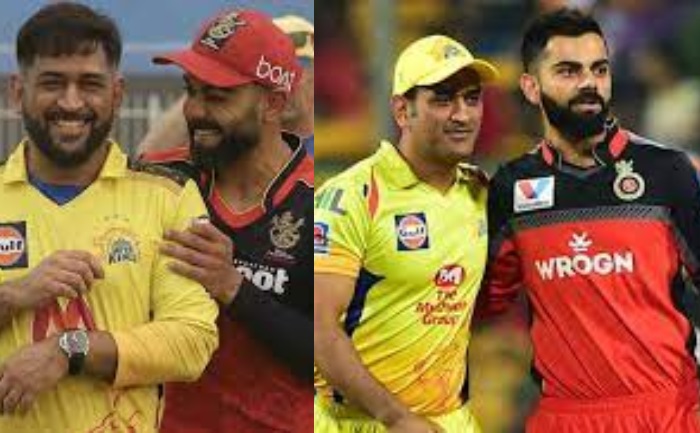 The two icons of Indian cricket MS Dhoni and Virat Kohli share a brotherly bond with each other. The fact was quite evident as their teams clashed with each other for IPL 2021. Virat Kohli and MS Dhoni were reunited as RCB took on CSK in Sharjah. Ahead of the clash, pictures of Virat and Dhoni’s bromance took over the internet.

In the Indian Premier League (IPL) battle between skipper Virat Kohli and captain MS Dhoni, it was the Chennai Super Kings (CSK) that emerged victorious, beating Royal Challengers Bangalore (RCB) by 6 wickets in Sharjah on Friday.

The CSK vs RCB clash is also known as the battle between ‘Fire’ and ‘Ice.’ Fans of the two stalwarts were glued to their TV screens, however, the toss was delayed due to a sandstorm. But Dhoni and Virat were spotted having a casual chat with each other as they strolled through the stadium.

Chennai Super Kings (CSK) emerged victorious, beating Royal Challengers Bangalore (RCB) by 6 wickets in Sharjah on Friday. After the conclusion of the match, Virat Kohli was seen giving MS Dhoni a surprise hug from behind while the CSK captain was speaking to his teammates.

Here is how fans reacted to the bromance between Virat Kohli and MS Dhoni: