Irrfan Khan was among the list of celebs who inspired millions of people with the way they lived their life. Last year we all bid an adieu to the star with an heavy heart. The star was known for mesmerising his audience with his screen presence. As today marks birth anniversary, we bring to you the list of five best movies. Let us remember the actor watching these movies.

The plot of the movie takes us to the life story of Pi Patel, who finds a way to survive in a lifeboat which is lost in the sea after a tragic cyclone. His fight against the odds is heightened by the company of a hyena and a male Bengal tiger. As days turn into weeks and weeks drag into months, Pi and the tiger must learn to trust each other if both are to survive. The movie shows a beautiful relationship of humans with animals. It was helmed by Ang Lee and it received great reviews from all across. 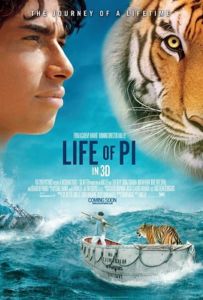 The plot of the movie takes us to the life of an unusual father and daughter’s duo portrayed by Deepika Padukone and Amitabh Bachchan. A road trip to Kolkata brings Piku, an architect closer to her ageing but nagging father Bhaskor Banerjee. Despite their disparate ideologies and fights over trivial issues, the two manage to live for each other’s support. Their life becomes more interesting after the entry of Rana(Irrfan Khan), who later falls in love with Piku. The film was helmed Shoojit Sircar. The movie performed well at the box-office. 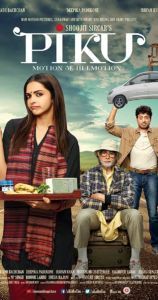 The movie is set in the backdrop of a school, wherein an unlikely mistake by a tiffin carrier service results in Ila’s tiffin new love life. Lonely housewife Ila (Nimrat Kaur) decides to try adding some spice to her stale marriage by preparing a special lunch for her neglectful husband. Unfortunately, the delivery goes astray and winds up in the hands of Saajan (Irrfan Khan), an irritable widower. Curious about her husband’s lack of response, Ila adds a note to the next day’s lunchbox, and thus begins an unusual friendship in which Saajan and Ila can talk about their joys and sorrows without ever meeting in person. The movie was helmed by Ritesh Batra and it was received well by the audience. 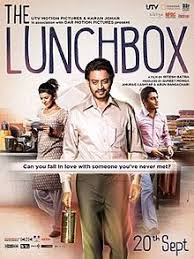 The plot of the movie is set around the life of Raj and Mita Batra, the couple who yearns to get Pia, their daughter, educated from a lavish school. The couple has big aspirations for Pia’s future and they go through a lot of obstacles to get their daughter’s admission in the school. When they learn that their background is holding her back, they decide to go to the extend, wherein they start living in a Chawl. 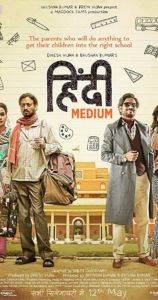 The movie takes us to the life story of a teenager from the slums of Mumbai. He becomes a contestant on the show ‘Kaun Banega Crorepati?’. When interrogated under suspicion of cheating, he revisits his past, revealing how he had all the answers. It featured Dev Patel, Irrfan Khan and Frieda Pinto in the key roles. It also bagged
Academy Award for Best Picture. It was directed by Danny Boyle. 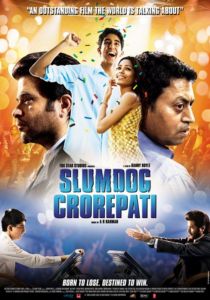 For all the latest news and gossips, stay hooked on to this space.

Also Read: Late Actor Irrfan Khan To Be Seen In ‘The Song Of Scorpions’; His Son Babil Unleashes The Motion Poster