It is true that no matter how old a daughter becomes, she will always remain 'daddy's little princess' 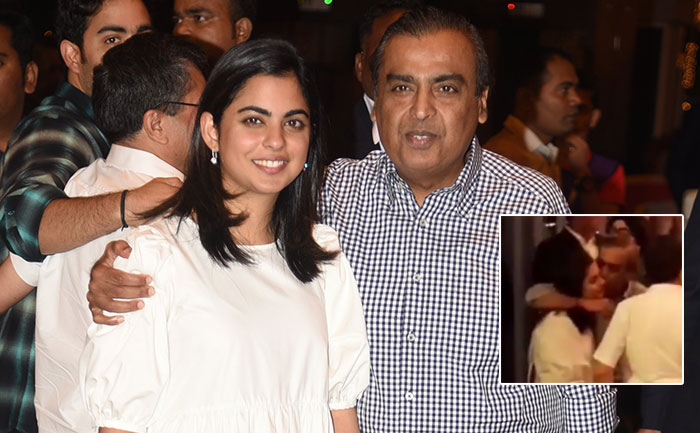 There is a popular saying that behind every great man there is a woman. However, behind a successful woman there is an extraordinary father who has believed in her right when she was a little girl and wasn’t aware about the world at all. It is said that a father is the first love of a daughter and he is the one who becomes her first superhero.

With little baby steps, it is only the father who actually encourages his daughter in believing in her own hidden power and one day she grows up and dreams to be just like him and thereby becomes his honour. So talking no more in riddles, we are talking about one such father daughter relationship who are Mukesh Ambani and his darling daughter Isha Ambani.

Moreover, it is quite often said that daughters soften the hearts of their father and well it is something that we all have to absolutely agree to it. Like in real life we have seen that our fathers melt as and when we demand for something being a daughter.

Similarly, businessman Mukesh Ambani is not different too. His daughter had asked him for the grandest, magnificent wedding and he fulfilled her wish and made it happen for her. She is the heiress of the powerful Ambani empire and yet still she never let it get into her head.

As of today, Mukesh Ambani and Nita Ambani organised some grand opening ceremony of Jio Wonderland and it was at the venue where everyone spotted Isha Ambani joyfully posing with her father, Mukesh Ambani and brother Akash Ambani. Check out the video below.