The third song of 'Saaho' Bad Boy is out. The song features Prabhas and Jacqueline Fernandez 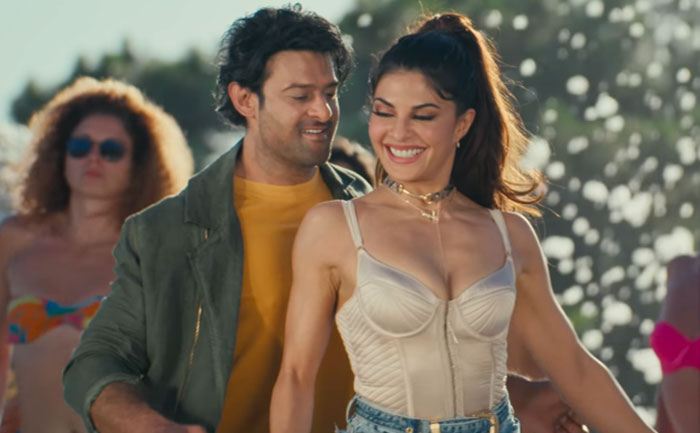 According to reports, Jacqueline Fernandez has charged Rs 2 crore for shaking her leg with Prabhas in ‘Saaho’s Bad Boy song. Jacqueline isn’t playing a lead role in Saaho, but she will be seen in a special dance number, Bad Boy.

Check out the track here:

The song is composed, written, and performed by Badshah and has a small portion by Neeti Mohan. Jacqueline is looking extremely hot in the video. The song is reportedly shot in Austria and in just two-and-a-half days. However, Prabhas and Jacqueline’s chemistry in the song is too hot to handle.

Meanwhile, on her first-ever collaboration with Prabhas, Jacqueline Fernandez recently shared, “We went into this song completely blindfolded, and yet, it’s turned out very well. It’s the first time that I worked with a team down South, and I was amazed that they work at such a fast pace. They’re so professional and well-prepared. Prabhas rehearsed all his moves with me on the set until he had nailed it.”