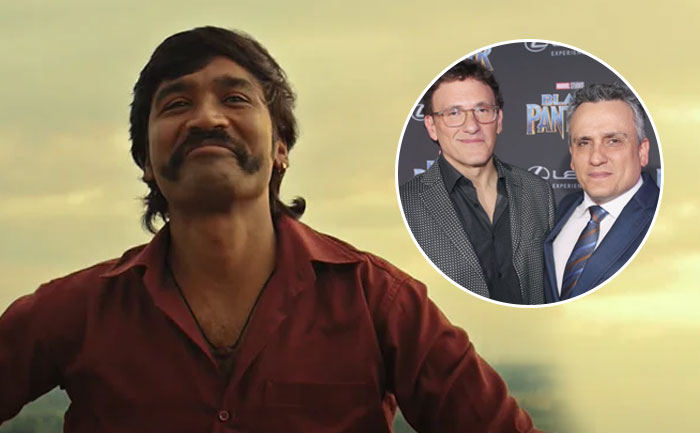 South superstar Dhanush is gearing for his gangster film Jagame Thandhiram. The movie is all set to premiere on Netflix on June 18. Director duo Russo Brothers who are working with Dhanush for The Gray Man have shared a special message for the actor. They have sent their best wishes to Dhanush, ahead of the film’s release.

Russo Brothers‘ Anthony and Joe took to Twitter and not only wished Dhanush but also shared the trailer of Jagame Thandhiram. They wrote, “Super da thambi! Excited to be working with Dhanush and good luck with #JagameThandhiram.”

Dhanush soon responded to their message and wrote, “Thank you so much. That’s very sweet of you. Means a lot to me.”

Check out his response here:

Thank you so much. That’s very sweet of you. Means a lot to me. https://t.co/SraBgHztgr

Dhanush is currently in the US, where he is shooting for The Russo Brothers’ The Gray Man. The movie features Ryan Gosling and Chris Evans in lead roles. The movie is based on Mark Greaney’s novel of the same name. It will release on Netflix.

Crime drama Jagame Thandhiram has Dhanush playing the role of a gangster Suruli. It hosts an ensemble cast consisting of Joju George, Aishwarya Lekshmi, and Kalaiyarasan, among others. The film also stars Hollywood actor James Cosmo in a pivotal role.

Mohanlal’s Marakkar Arabikadalinte Simham To Release On This Date