Home > Entertainment > WHAT! Janhvi Kapoor has no dates for Vijay Deverakonda starrer Fighter

WHAT! Janhvi Kapoor has no dates for Vijay Deverakonda starrer Fighter 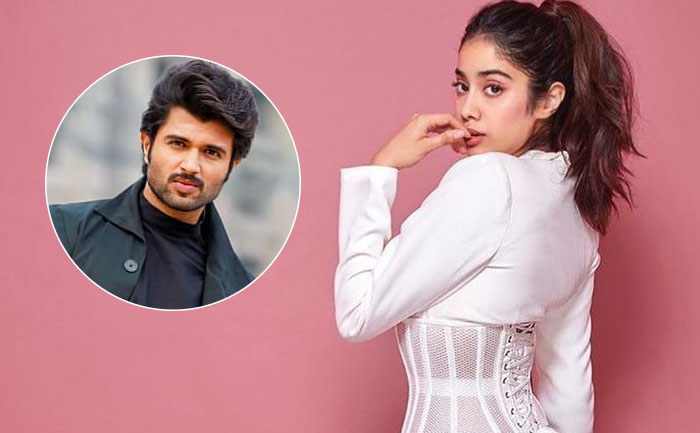 As per reports, initially, producer Boney Kapoor and late actor Sri Devi’s daughter Jhanvi Kapoor was roped in to play the female lead in Puri Jagannadh’s multi-lingual project ‘Fighter’ which featured Vijay Deverakonda as a boxer.

However, now she is finding tough to juggle her dates for this movie and is also busy with multiple projects. Notably, the news of Janhvi Kapoor’s walking out of Vijay Deverakonda’s upcoming film is yet to be confirmed by the actress.

On the other note, Arjun Reddy and Geetha Govindam fame Vijay Devarakonda is currently working for the upcoming romantic drama World Famous Lover which is a romantic drama starring four gorgeous actresses opposite the Telugu star.

Moreover, on the work front previously Janhvi had marked her box office debut with Dhadak in 2018 opposite actor Ishaan Khatter. Being a daughter of Bollywood’s legendary actress Sridevi, she received a warm welcome and her stunning looks have helped her getting more offers.

The Dhadak actress was recently seen in director Zoya Akhtar’s short in Netflix’s drama/horror, Ghost Stories. She recently wrapped filming of the Gunjan Saxena biopic, titled Kargil Girl, and has commenced shooting for Karan Johar’s Dostana 2. Janhvi also has a supporting role in the director’s period epic, Takht, which is due to begin production this year.