Home > Entertainment > Television > TikTok star Jannat Zubair in Lehenga or Saree: Which one suits her more?

TikTok star Jannat Zubair in Lehenga or Saree: Which one suits her more?

What do you think which outfit suits Tik Tok star Jannat Zubair the best? Lehenga or Saree. 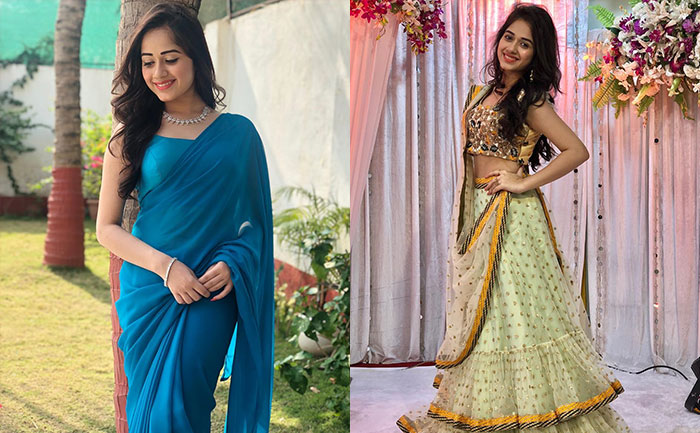 Jannat Zubair Rahmani is one of the most popular Indian TikTok stars. Besides having a large fan army on social media platforms, she is also a known TV celebrity. The young sensation knows how to treat her millions of followers on Instagram and TikTok.

Jannat Zubair has left her fans smitten with her music videos such as ‘Fruity Lagdi Hai’ and ‘Ishq Farzi.’ Fans also take tips from her sense of style to look their best. Jannat Zubair can bring any outfit to life. Be it skirts, sarees, pantsuits, dresses or traditional outfits.

Besides having excellent acting skills, Jannat Zubair is one of the most attractive and youngest Indian TV actresses. Jannat Zubair gained popularity with ‘Phulwa’ in 2011 where she played the role of young Phulwa. In the year 2018, Jannat featured in Bollywood film Hichki as one of Rani Mukerji’s students and in the same year, she launched her own app named ‘Jannat Zubair Rahmani Official’, on which she regularly shares updates about her.

Jannat Zubair can nail any outfit from a simple cropped top to a saree. The TikTok star looks ravishing in any style be it western or Indian. Must say, the actress has a great fashion sense and looks gorgeous in traditional attire. But today we are going to talk about her traditional looks that have left fans gasping for breath.

Take a look at the photos:

Dear western outfits, Try all you want but only I can bring out her true beauty and elegance. Yours Sincerely Saree💙

Well, according to us she looks their best in both saree as well as a lehenga. But we cannot seem to determine which one suits her the best.

Comment down below, which outfit suits Jannat Zubair the best.