Jannat Zubair and Siddharth Sharma will be sharing a screen space soon in a music video. 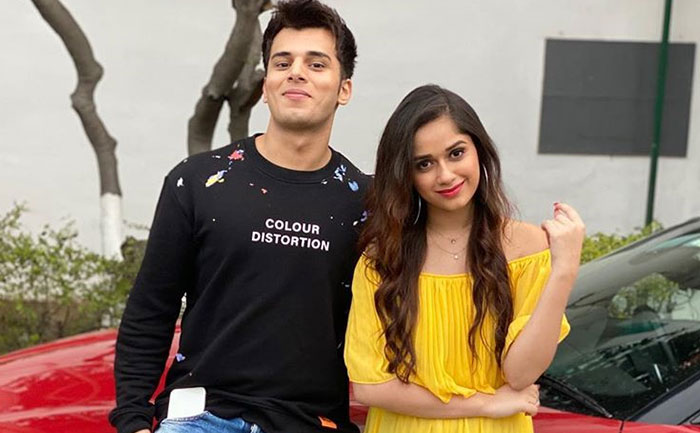 Jannat Zubair Rahmani is a TikTok sensation as well as a television actress. The gorgeous actress started her acting career in 2009 but she rose to fame with Colors TV’s serial ‘Phulwa’ in the year 2011. She has also been featured in Rani Mukherji’s film ‘Hichki.’ Jannat Zubair is a total diva and there is no denying that.

The TikTok sensation won our hearts with her music videos titled ‘Fruity Lagdi Hai’ and ‘Ishq Farzi’ and now once again she will be a part of another music video with Siddharth Sharma. Also Read | Jannat Zubair Rahmani Wants To Marry With THIS Indian Cricketer?

Talking about Siddharth Sharma, he is an actor and model who mostly appears in music videos and TV shows. He achieved fame after appearing on the reality show MTV ‘Splitsvilla season 10’ alongside young actors like Priyank Sharma, Divya Aggarwal, Basir Ali and Divya Agarwal.

In 2018, Siddharth has also appeared as a model in popular album song ‘Le Ja Le Ja Re’ with co-star Dhavni Bhanushali. He gained immense attention after his appearance. Also Read | Here’s What Happened When Mr Faisu Caught Jannat Zubair Copying Him

Now, as per the sources in Telly Chakkar, TikTok star Jannat and Siddharth will be featuring in a beautiful Punjabi peppy music video which will be directed by casting director turned director, Dinesh Sudarshan Soi who also happens to be the Casting Director of the project under his firm DS Creations.The team is currently shooting in Panipat, Haryana.

Are you excited to see Siddharth and Jannat together in this upcoming project? Let us know in the comments section down below.