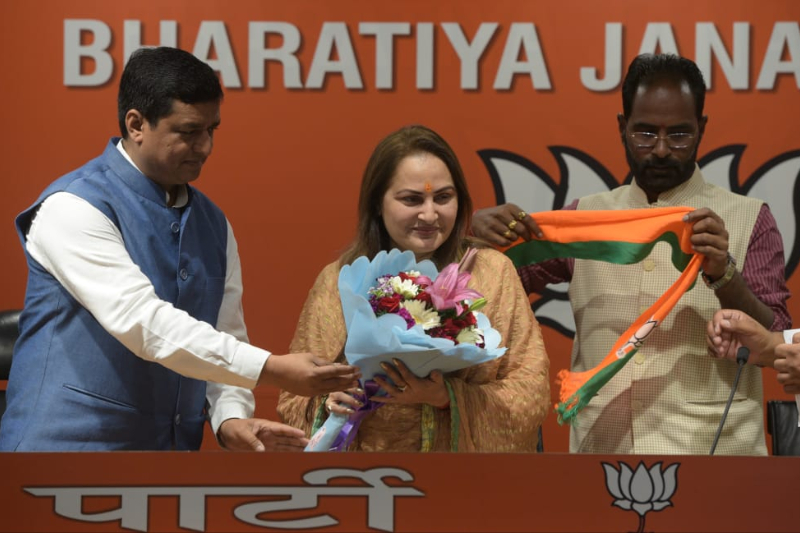 She was inducted into the party by BJP general secretary Bhupender Yadav and Rajya Sabha MP Anil Baluni. The actress was expelled by the SP in 2010 on account of alleged anti-party activities. Calling it an important moment in her life, Jaya Prada said, “I am a part of national party and I’m in a party, where the leader leads on issues of national security. I’m honoured to work under PM Modi’s leadership”.

Interestingly, if fielded by the BJP from Rampur, she will take on Azam Khan in the upcoming Lok Sabha elections.

The 56-year-old actor had joined politics in 1994 as a member of the Telugu Desam Party, which was headed by NT Rama Rao. But she left following differences with Chandrababu Naidu and joined the Samajwadi Party. It is to be noted that Jaya Prada, a close associate of former Samajwadi Party leader and Rajya Sabha MP Amar Singh, had been elected from Rampur on SP ticket twice. Ahead of the 2014 Lok Sabha elections, Jaya Prada joined Ajit Singh’s Rashtriya Lok Dal. Jaya Prada contested from the Bijnor seat in 2014, but lost to the BJP’s Kunwar Bhartendra.