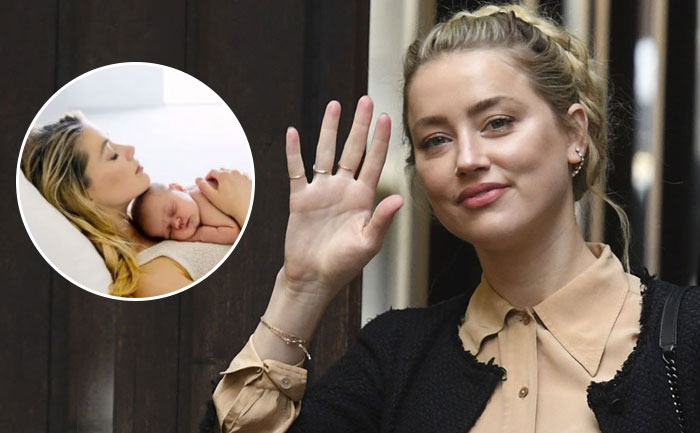 Johnny Depp’s ex-wife and Hollywood actress Amber Heard announced the arrival of her baby girl on her social media handle. The actress welcomed the newborn via surrogacy and named her Oonagh Paige Heard. The ‘Never Back Down’ star also shared the first photo with her daughter and it’s too beautiful for words!

Sharing the good news on her social media, the ‘Pineapple Express’ actress wrote: “I’m so excited to share this news with you. Four years ago, I decided I wanted to have a child. I wanted to do it on my own terms. I now appreciate how radical it is for us as women to think about one of the most fundamental parts of our destinies in this way. I hope we arrive at a point in which it’s normalized to not want a ring in order to have a crib. A part of me wants to uphold that my private life is none of anyone’s business. I also get that the nature of my job compels me to take control of this. My daughter was born on April 8, 2021. Her name is Oonagh Paige Heard. She’s the beginning of the rest of my life.”

Heard was married to actor Johnny Depp from 2015 to 2017. The couple then filed for divorce in 2016, their split gained immense attention after the actress alleged that Depp had been abusive through most of their relationship. He then sued her for defamation in 2019 and in November last year, Depp lost a legal battle over libel in the UK.

PHOTOS: A look at Lisa Haydon’s adorable moments with her two little boys

How To Look Stylish: 7 Tips To Enhance Wardrobe Game