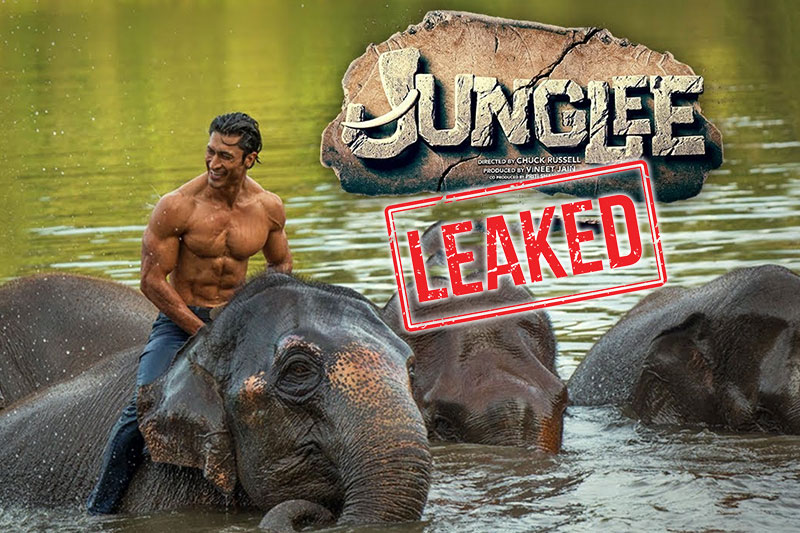 One of the most anticipated movies of Bollywood actor Vidyut Jammwal Junglee has been leaked by Tamilrockers and available to watch online and download for free from the web, reported Bollywood Bubble. Filmmakers and actors spend months and sometimes years to make a film but pirates websites such as Tamilrockers do not take minutes or hours to get them leaked online and make it available for people to download.

In this week, Tamilrockers have leaked almost all movies which hit the theatres on March 28-29 including Hindi, Telugu and Malayalam. The movies which have fallen prey to piracy website this week are Airaa, Lucifer, Super Deluxe and Chuck Russell directorial Junglee. As per the reports, there are several qualities including Junglee’s HD version has been leaked online. Top 15 Free Movies Download Websites To Download HD Movies

Talking about the story of Junglee, it revolves around a veterinary doctor (Vidyut Jammwal) who comes back to his father’s elephant’s reserve to eventually save it from International poachers.

Whenever government ban Tamilrocker’s url they come up with a new extension to not get caught. Prior to Junglee, Tamilrockers had earlier leaked several Bollywood films including Gully Boy, Thackeray, Uri: The Surgical Strike, The Accidental Prime Minister, Manikarnika: The Queen of Jhansi, Ek Ladki Ko Dekha To Aisa Laga, Total Dhamaal.

Previously, the makers of Uri: The Surgical Strike starring Vicky Kaushal and Yami Gautam had devised a smart plan to tackle piracy. As soon as somebody downloaded the link of a pirated copy of the film, a video will open that would advice the viewers to not support piracy and watch the film in theatres. However, the plan also failed and Uri made its way to Tamilrockers after a few days.

The film Junglee received mixed reviews from both critics and audience. It is to be noted that it was earlier scheduled to release on April 5 and clash with John Abraham’s Romeo Akbar Walter. However, the film was preponed by a week to March 29. The film hit the theatres today and clashed Zaheer Iqbal and Pranutan Bahl starrer Notebook.