Jwala Gutta and Vishnu Vishal are soon to tie the knot. Ahead of their wedding, the badminton player's friends hosted a bridal shower for her. Indian badminton player Jwala Gutta is currently dating the South Indian film actor Vishnu Vishal. The duo has been in a relationship for several years and is soon to become husband and wife. On September 7, 2020, which is also Jwala’s birthday, Vishal had surprised the shuttler by proposing to her.

On Thursday, Jwala’s friends hosted a bridal shower for the bride-to-be in Hyderabad. She also shared a couple of photos from the event on her Instagram Stories. She donned a stunning white dress and was seen posing with her friends Snigdha and Amrita. She completed her look with a sash that had “Bride-to-be” written on it. 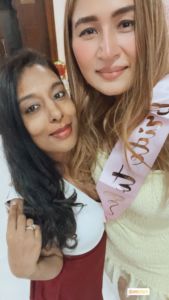 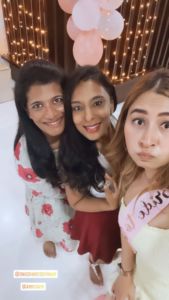 Jwala’s husband-to-be Vishnu is currently promoting his upcoming movie, ‘Kaadan and Aranya’ and while speaking to the media in a press conference, he confirmed his wedding to Jwala. “We are going to tie the know real soon and I am going to become a Telugu alludu (son-in-law) now. I am extremely happy about it. I will announce the wedding date soon. I want to thank Jwala. She was of huge support while shooting this film as she was there for me throughout.”

7 Flowering Trees That Spread Colour & Cheer Across India This Spring